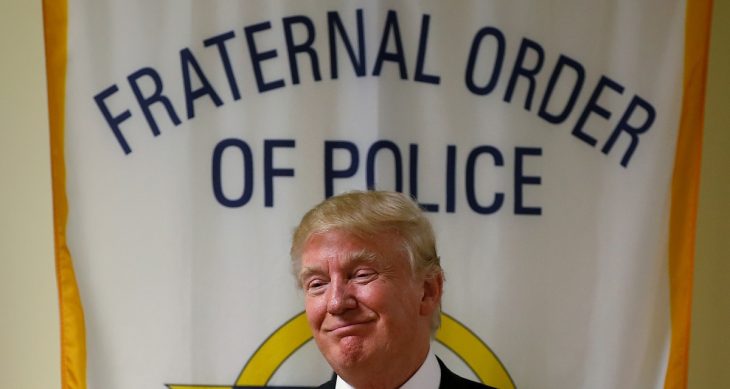 The National Fraternal Order of Police, which is not an affiliate of the AFL-CIO or Change to Win, is throwing its support behind President Donald Trump.

On behalf of the 355,000 members of the Fraternal Order of Police, we are proud to unanimously endorse @realDonaldTrump for President of the United States. #FOP4Trump pic.twitter.com/uAF6SWNRnA

With 355,000 members, it is the largest union representing police officers, though not all of its lodges provide labor services.

According to Wikipedia, its “subordinate lodges may be police unions and/or fraternal organizations, as the FOP has both Labor Lodges and Fraternal Lodges, and describes itself as a ‘full service member representation organization.’ It lobbies Congress and regulatory agencies on behalf of law enforcement officers, provides labor representation, promotes legal defense for officers, and offers resources such as legal research.”

The organization endorsed Trump in 2016 as well.