The Good Fight: IBEW 11 - Bringing Jobs Back to the Community

The Good Fight: IBEW 11 – Bringing Jobs Back to the Community 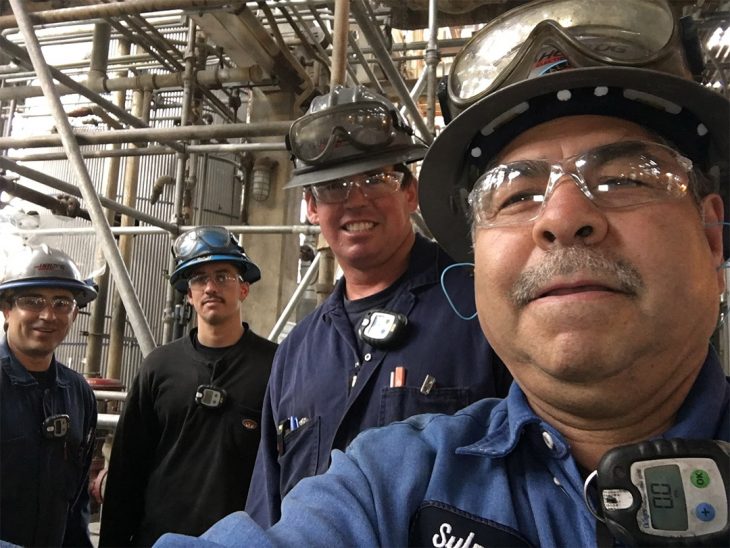 When California Senate Bill 54, a refinery work safety law proposing sweeping changes in the state’s refineries, passed in November of 2016, it marked the end of a long fight taken up by the state’s building trades. For IBEW 11 organizers, the fight was just beginning.

With SB 54’s reforms calling for onsite maintenance and construction workers that meet mandated skill and training requirements, many formerly non-union contract workers at Southern California refineries need proper certification to continue working with contractors who are signatories on the bill. Who are they turning to?

“We’ve always been organizing at the refineries, talking to workers and telling them about the benefits of union membership,” Local 11 business manager Joel Barton said recently. “Our pitch is now stronger than ever and we’re churning out and incorporating more state certified electricians than ever before by giving them the proper training.”

“The result of this,” Barton said, “is that we’re bringing jobs back to the local community. These guys can buy homes and invest locally.”

Improving safety conditions at the refineries is another point of emphasis, according to Barton.

“The refineries are safer than they’ve ever been with a better-trained workforce dealing with the hazardous materials out on the jobsite,” he said. “People living around the areas have gotten more cognizant of that and even wanted to shut them down in the past. So having a better workforce is alleviating some of those concerns, making the relationship between contractors and the community better, too.”

He added: “There are benefits from so many sides to this. It’s all a huge victory.”