The Nation’s First Offshore Wind Farm Will Be Union-Built 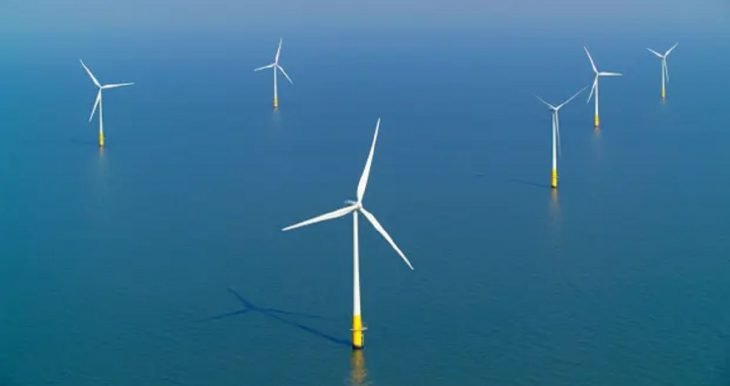 “Vineyard Wind on Friday announced a deal to use union labor to help construct what will become the nation’s first major offshore wind project off the Massachusetts coast near Martha’s Vineyard.

The labor agreement with the Southeastern Massachusetts Building Trades Council covers 500 jobs, most of which will go to local workers, the company said in a statement. It also includes hiring targets for women and people of color.

The pact is the first in the nascent U.S. offshore wind industry and comes as President Joe Biden, a Democrat, has pledged that his clean energy and climate change agenda will create millions of good-paying union jobs.

Biden’s administration approved the Vineyard Wind project in May, billing it as the launch of a new domestic energy industry that will help eliminate emissions from the power sector.

Dennis Arriola, chief executive of Avangrid, which is co-developing Vineyard Wind with Denmark’s Copenhagen Infrastructure Partners, said in a statement that the agreement “sets a strong precedent” in the new U.S. industry.

The building council represents thousands of workers on Massachusetts’ South Coast, Cape Cod and islands. Turbines for the project, which will be located 15 miles (24 km) off the coast of Martha’s Vineyard, will leave the mainland from the port city of New Bedford, Massachusetts.”