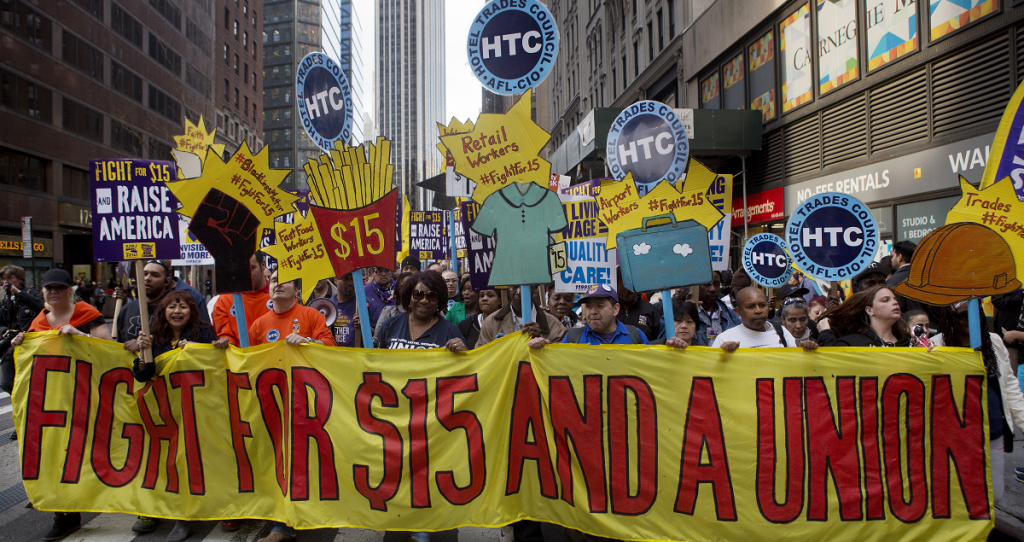 More and more non-union workers want to belong to a union.

“Only 10.7 percent of American workers belong to a union today, approximately half as many as in 1983. That’s a level not seen since the 1930s, just before passage of the labor law that was supposed to protect workers’ right to organize.

Yet American workers have not given up on unions. When we conducted a nationally representative survey of the workforce with the National Opinion Research Corporation, we found interest in joining unions to be at a four-decade high.

The results obtained from nearly 4,000 respondents show that 48 percent – nearly half of nonunionized workers – would join a union if given the opportunity to do so. That marks a sharp increase from about one-third of the workforce expressing this preference in 1977 and 1995, the last two times this question was asked on national surveys. The scale of this change indicates that 58 million American workers would want to join a union if they could, quadruple the number of current union members.”