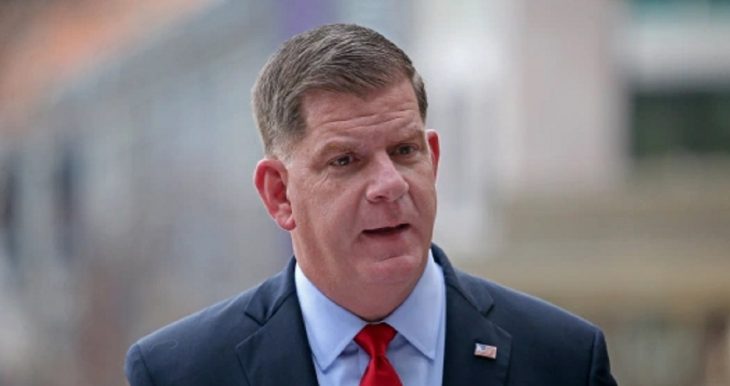 “The Senate confirmed Boston Mayor Marty Walsh to be Labor secretary, elevating the former union boss to oversee the federal department in charge of workplace conditions, benefits and rights.

Walsh first joined the Laborers’ Union Local 223 at age 21. By 2011, he had risen to lead the Boston Trades Council, a group that represents ironworker and electrician unions, among others. He’s served as mayor since 2014.

At his confirmation hearing, Walsh spoke of pivotal moments in his life — from having cancer as a child, to following in the footsteps of his father’s union job and recovering from addiction — that have informed how he views the work of the Department of Labor.

‘Workers’ protection, equal access to good jobs, the right to join a union, continuing education and job training, access to mental health and substance use treatment. These are not just policies to me, I lived them,’ Walsh said. ‘Millions of American families right now need them. I’ve spent my entire career at different levels fighting for them.'”