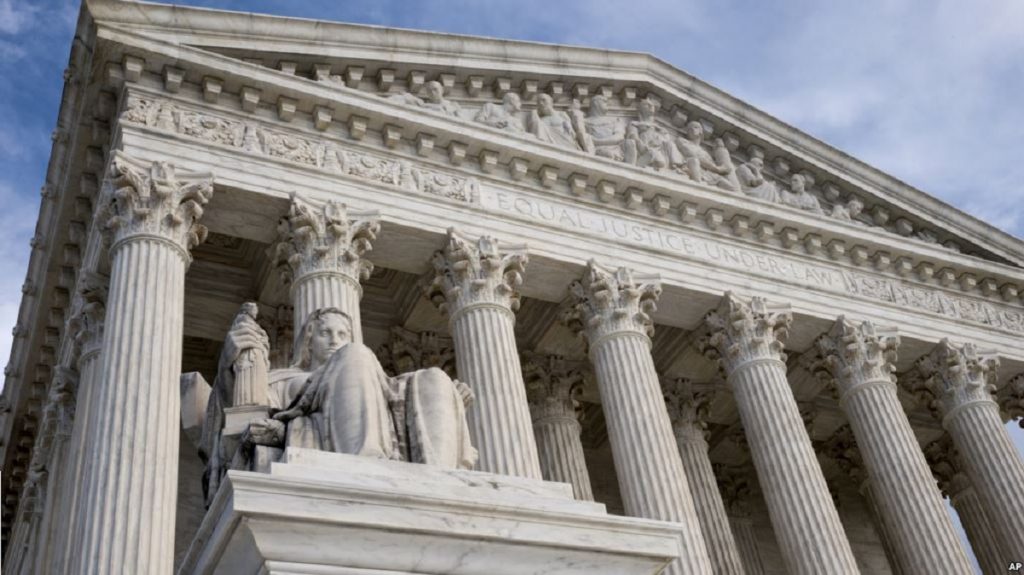 The Supreme Court has issued its ruling on the Janus case.

‘Compelling individuals to mouth support for views they find objectionable violates that cardinal constitutional command, and in most contexts, any such effort would be universally condemned,’ wrote Justice Samuel Alito in the court’s opinion.

The case, one of the most hotly anticipated of the term, concerned whether public employees can be forced to pay fees that fund the work of public sector unions. Some experts have said that a holding in favor of Janus would be the most significant court decision affecting collective bargaining in decades.

Mark Janus, an employee at the Illinois Department of Healthcare and Human Services, asked the court last summer to overrule a 40-year-old Supreme Court decision. It found that public sector unions could require employees affected by their negotiations to pay so-called ‘agency fees,’ which have also been called ‘fair share fees.’

Those fees, approved by the court in the 1977 case Abood v. Detroit Board of Education, cover collective bargaining costs, such as contract negotiations, but are meant to exclude political advocacy.

Janus argued that his $45 monthly fee to the American Federation of State, County, and Municipal Employees was unconstitutional. He said the fees infringed on his his first amendment rights, and that, in the case of public employees whose contract negotiations are with the government, the fees were a form of political advocacy.

He argued that there was little distinction, for instance, between requiring employees to fund unions that engage in political lobbying and requiring them to fund political groups such as the Democratic Party.

The union argued that the agency fees prevent free-riding from employees who benefit from the union’s negotiations. AFSCME argued that, because it was obligated by law to represent the interests of both union and non-union members, the fees were a way for employees to pay their fair share for contact negotiations from which they benefited.

The case is the third in five years on the question of fair share fees to come before the Supreme Court.”