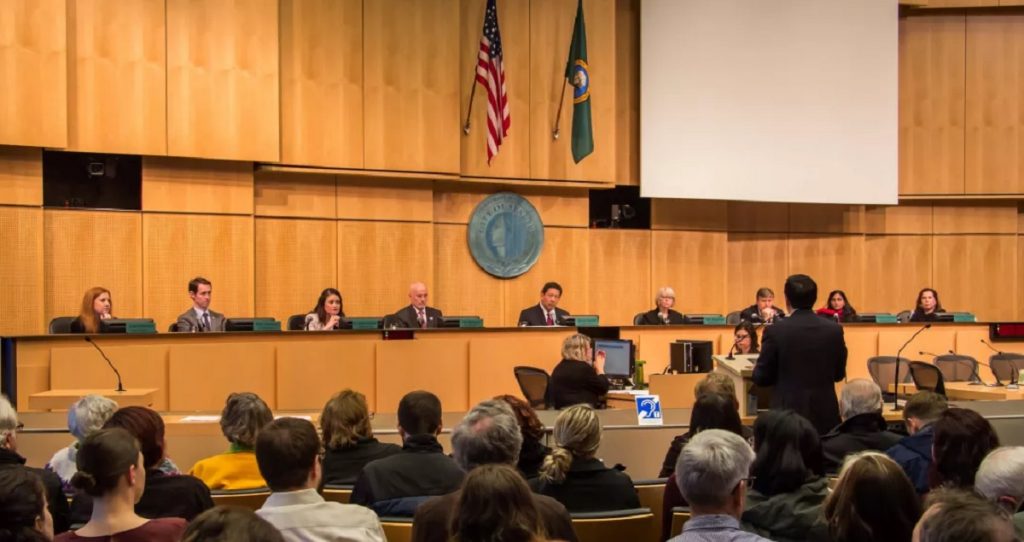 Seattle is leading the way among cities when it comes to protecting domestic employees.

“The Seattle City Council on Monday passed new protections for housecleaners, nannies, gardeners and other “domestic workers,” making Seattle the first municipality to pass such a law, though eight other states do have similar protections on the books.

The bill, which passed 7-0, will guarantee certain rights that are already standard among most labor sectors, namely a minimum wage, and rest and lunch breaks. The bill will also forbid employers from withholding workers’ personal effects or documents, such as passports, in an effort to prevent what Councilmember Teresa Mosqueda, who spearheaded the legislation, referred to as ‘indentured servitude.’

‘Domestic workers are more likely to be women, people of color, immigrants,’ said Mosqueda. ‘They’ve been excluded from our national labor protections, they’ve been isolated in many situations due to their working environment. And the reality is their work makes the work of this city possible.’

Mosqueda added, addressing the crowd of workers and advocates: ‘Historically this population has been left out and today is just a first step toward moving forward on the priorities you have identified.’

In a city that’s aggressive on workers’ rights — leading the way on the $15 minimum wage, strict scheduling practices and an office dedicated exclusively to labor standards — the new bill is an attempt to extend those benefits to a segment of low-wage workers who may have missed out.”

For the rest of the story, visit Crosscut here.