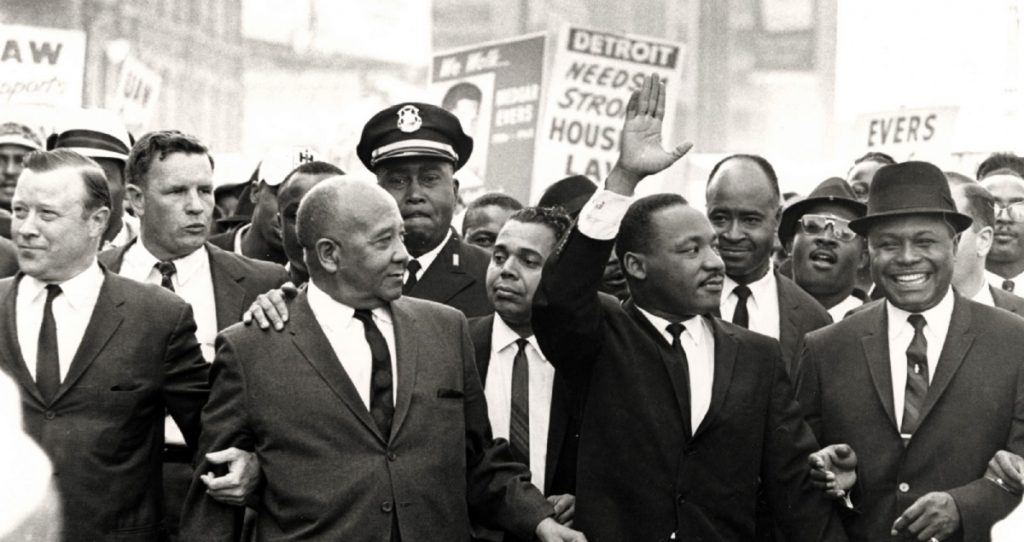 On this Martin Luther King Jr. Day, Labor 411 Founder and Publisher Cherri Senders talks about the continued troubling correlation between African Americans and income inequality in her piece for AlterNet.

As the nation prepares to honor King this year, the confluence between race and inequality remains a defining factor of the American socio-economic landscape.

By the time of his death at the hands of an assassin’s bullet in 1968, Dr. Martin Luther King, Jr., had shifted much of the focus of his activism to the issue of economic inequality. His belief that poverty was holding back American society as much as racism is what brought him to Memphis, where he marched with striking sanitation workers fighting for better pay as part of his Poor People’s Campaign. Those workers, like many at the bottom of the economic ladder, were largely African American.

As the nation prepares to honor King this year, the confluence between race and inequality remains a defining factor of the American socio-economic landscape. No matter what indicator you look at — unemployment, income, wealth — African Americans are lagging far behind. Yet despite the occasional media story or academic report on the economic gap between black Americans and everyone else, this pressing crisis is rarely discussed in the national political conversation…

Read the full article at AlterNet