Thousands of Workers Went on Strike Today. And This Time it’s not Teachers.

Thousands of Workers Went on Strike Today. And This Time it’s not Teachers. 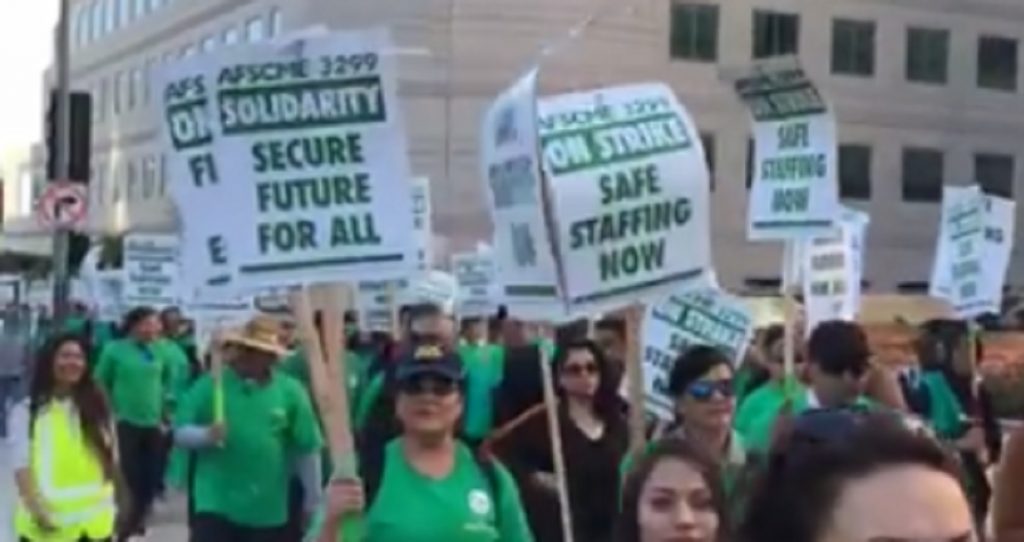 California is the center of a massive labor action today.

Strikers gathered at sunrise on the 10 campuses throughout the state, wearing green T-shirts and carrying signs that call for “equality, fairness, respect.”

The strike was called last week by American Federation of State, County and Municipal Employees Local 3299, which represents 25,000 service workers, after the union and the university could not agree on a new contract and mediation efforts failed.

Nurses and other medical workers will join the strike later this week, which is expected to disrupt thousands of surgeries and other appointments.

The service workers called for a sympathy strike by professional and technical employees, including medical assistants, nurses, radiology and other technicians. A union representing 14,000 nurses and another union that includes about 15,000 pharmacists, clinical social workers and physician assistants agreed to join the strike on Tuesday and Wednesday.”