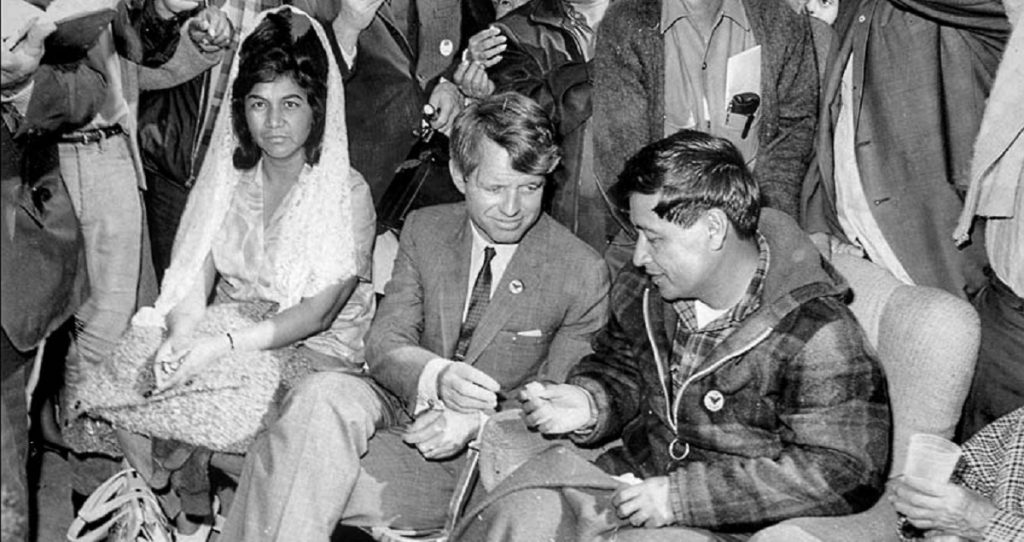 Democratic Presidential Candidate Bernie Sanders is a big supporter of labor unions and has even been known to join organized labor on a picket line or two. However, this is not the first time a presidential candidate has joined workers on the front lines to fight for fair wages and better working conditions. In the late 1960s Robert F. (Bobby) Kennedy stood hand in hand with migrant farm workers picketing in the streets.

When Bobby Kennedy sat on the Senate Subcommittee on Migratory Labor, he was appalled at the conditions migrant workers were exposed to. So in March of 1966 Kennedy flew to California and met with prominent labor leader Cesar Chavez who encouraged him to take a stand against the rampant injustice workers were facing. On this trip to California Kennedy witnessed firsthand the plague of inequality among migrant laborers and just what organized labor was fighting against. With that, Kennedy lent Cesar Chavez, migrant workers and labor unions his support.

Kennedy joined Chavez and other workers on strike in the streets, boosting morale of workers and shining light on their cause. He also took up for the laborers in a public hearing on a standoff between picketers and law enforcement, where he denounced the unconstitutional behavior of the local sheriff. Through Kennedy’s unlikely partnership with Chavez he was able to champion for organized workers and provide a voice for those who had none. Watch the following video of Kennedy joining the fight for fair wages and better working conditions.