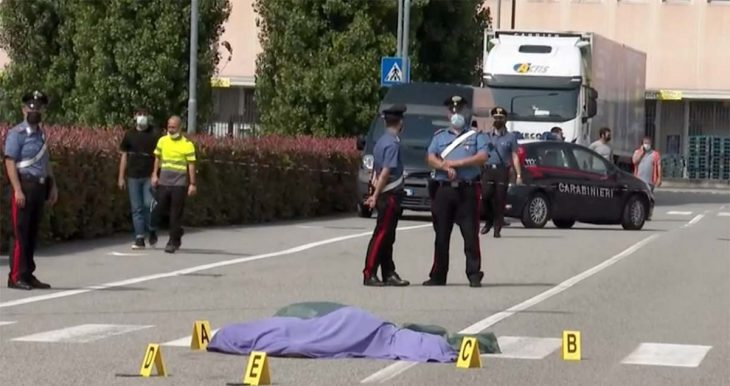 A union leader lost his life on a picket line today.

“A labor union leader was killed in northern Italy when a truck apparently broke through a picket line outside a supermarket warehouse facility Friday and struck him.

Italian Premier Mario Draghi expressed sorrow for the death of Adil Belakhdim, 37, and said ‘it’s necessary that light is immediately shed on what happened.’

According to Italian news reports and union officials, about 20 people who work in logistics for the international supermarket chain Lidl were protesting outside the facility when a truck driver trying to leave the facility drove through a line of picketers blocking a gate. An unidentified witness told Italian state TV the vehicle struck Belakhdim and dragged him for several yards.

Italian media said the driver sped away from the scene in the municipality of Biandrate. While initial reports said the driver was stopped by police on a nearby highway, the LaPresse news agency later said that the driver stopped at a tollbooth on the highway and called Carabinieri paramilitary police.

Officers from a Carabinieri station in the nearby city of Novara came for the driver, who was jailed for investigation of alleged vehicular homicide and failing to provide assistance to the union leader, LaPresse said.

The picketers were pushing for better working conditions overall for those in the supermarket logistics sector, which generally includes packing and loading merchandise and food.

Two other protesters were also reported hit by the truck and suffered minor injuries.”

For the rest of the story, visit the Minneapolis Star Tribune here.