Trump Appointee On Pay Federal Workers Have Missed: “It’s not like it’s a gigantic number overall”

Trump Appointee On Pay Federal Workers Have Missed: “It’s not like it’s a gigantic number overall” 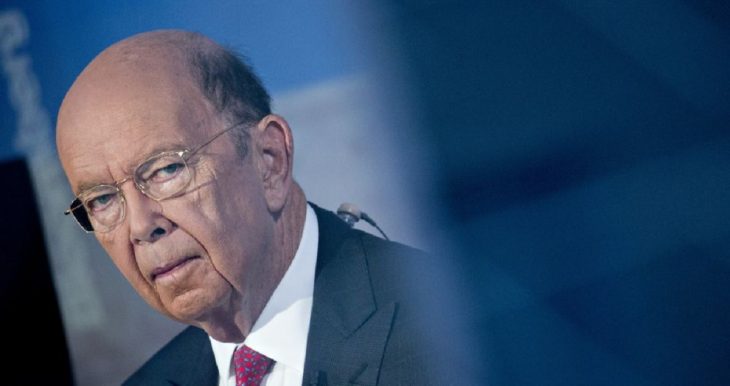 President Donald Trump’s Commerce Secretary had some cold words for federal workers who haven’t been paid in over a month.

“Commerce Secretary Wilbur Ross downplayed the hardships caused by a partial government shutdown on Thursday as some 800,000 federal workers prepared to miss a second consecutive payday.

Ross told CNBC he is puzzled by reports of federal workers turning to food banks and other forms of relief, suggesting they should be able to obtain bridge loans to tide them over until the government reopens.

‘True, the people might have to pay a little bit of interest,’ said Ross. ‘But the idea that it’s ‘paycheck or zero’ is not a really valid idea.’

Democratic House Speaker Nancy Pelosi denounced what she called a ‘let them eat cake’ attitude from the commerce secretary, whose net worth has been estimated by Forbes magazine at nearly $700 million.

‘They just don’t understand why people have to stand in food lines,’ Pelosi said.

Rep. Jennifer Wexton, D-Va., whose district is home to many unpaid federal workers, invited the commerce secretary to join her at a food bank this weekend.

‘I think it would be a valuable learning experience for you to see what our federal workforce, including your own employees at the Department of Commerce, are going through,’ Wexton wrote in a letter to Ross . . .

Trump defended his commerce secretary, suggesting that local grocers, bankers and landlords would make accommodations for cash-strapped federal workers during the partial shutdown. ‘I think that’s probably what Wilbur Ross meant,’ he said, although he conceded that ‘perhaps he should have said it differently . . .’

Ross stressed on Thursday that workers are certain to receive back pay once Congress restores funding to the agencies for which appropriations have lapsed. ‘So the 30 days of pay that some people will be out — there’s no real reason why they shouldn’t be able to get a loan against it,’ he said.

Ross also minimized the broader economic fallout from the shutdown.

‘While I feel sorry for the individuals that have hardship cases, 800,000 workers, if they never got their pay — which is not the case — they will eventually get it — but if they never got it, you’re talking about a third of a percent on our GDP,’ Ross said. ‘So it’s not like it’s a gigantic number overall.'”