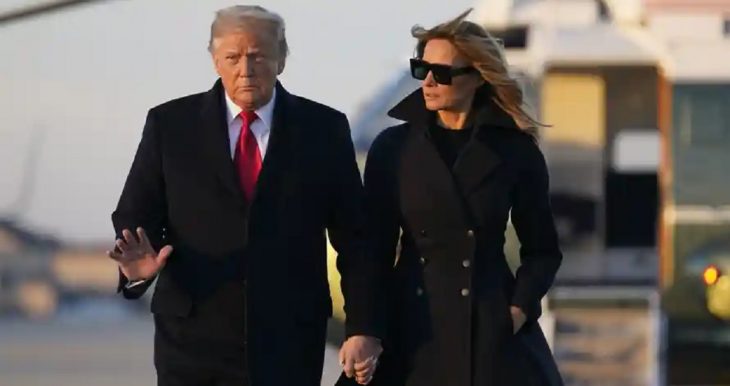 After holding the bill up for nearly a week, White House officials didn’t explain why he decided to suddenly back down and sign a bill into law he had just days earlier referred to as a ‘disgrace.’

Trump signed the bill while vacationing in Florida and on a weekend when he had allowed unemployment benefits for 14 million Americans to expire.

He had demanded changes to the stimulus and spending package for a week, suggesting he would refuse to sign it until these demands were met. This continued defiance caused lawmakers from both parties to panic over the weekend, worried about the implications of a government shutdown during a pandemic. It was unclear what prompted him to change his mind late Sunday, but he was under tremendous pressure from Republicans to acquiesce.

In a statement he issued after signing the law, Trump released a long list of false claims and grievances. He said he would be sending a “redlined” version of the bill back to Congress “insisting that those funds be removed from the bill.”

Trump is only president for less than a month, and lawmakers are likely to ignore any such request.

In the same statement, he said ‘much more money is coming, and I will never give up my fight for the American people!'”