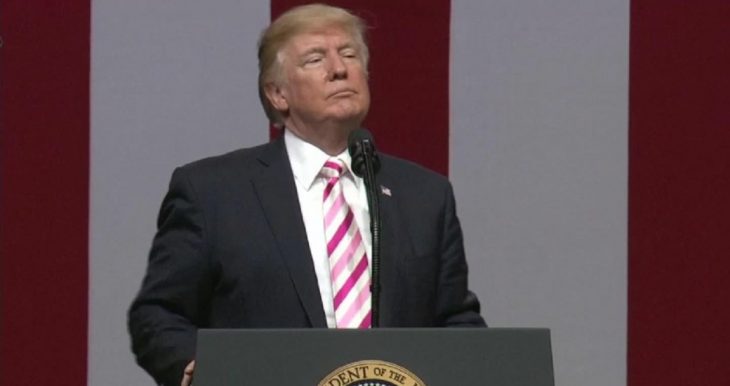 As if federal workers did not have it bad enough this holiday season with the shutdown, they now can look forward to no raises for all of next year.

“Federal workers are really being left out in the cold this holiday season.

President Donald Trump issued an executive order on Friday freezing federal workers’ salaries for 2019, coming as hundreds of thousands of them are either furloughed or working without pay because of a political standoff over government funding.

The order halts the automatic 2.1 percent increase all civilian workers would have received under federal pay laws. Military personnel, who have been funded separately, will still receive a 2.6 percent raise.

Workers unions say Trump is pouring ‘salt into the wound‘ by delivering the pay freeze as 800,000 federal workers continue to shoulder the burden of a partial government shutdown. We’re now nine days in to the political standoff between the president and Congress over Trump’s requested $5 billion for the border wall — with no end in sight. The Office of Personnel Management has even taken the unusual step of issuing guidance to workers about how to bargain with landlords and mortgage companies if they can’t make rent.

Trump initially announced the across-the-board pay freeze in August, saying the federal government couldn’t sustain the cost-of-living pay increase and that raises should be tied to performance. His decision was swiftly met with widespread outcry, and he then promised to ‘study’ the matter over Labor Day weekend. But as Vox’s Emily Stewart noted at the time, the only ‘studying’ he did that weekend was spending time at his golf club and tweeting at Fox News personalities.”

However, Trump has not ordered a freeze of the pay of his top-level appointees.

The Washington Post reports that “Executives and other employees at senior levels are paid within a range, with raises based on performance ratings; they still could receive those raises in 2019, according to the Office of Personnel Management.

In addition, the guidance notes that a freeze that has remained in effect since 2013 on salaries for senior political appointees is due to expire on Jan. 5. Unless a law is enacted reinstating that freeze, they would be due for catch-up raises covering the intervening years, it says. That would result in a nearly $11,000 raise for Cabinet members to $210,700, for example.”