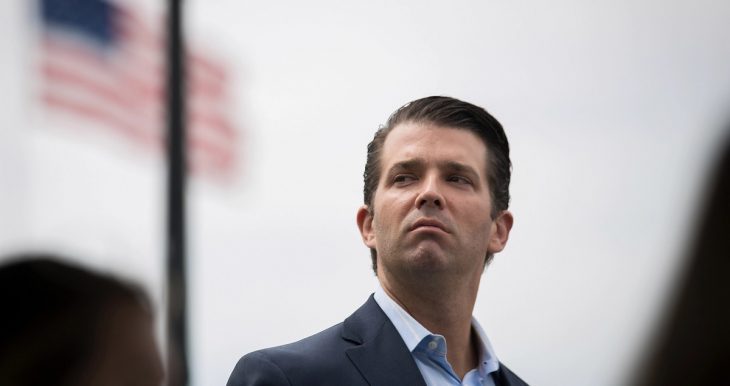 Trump’s son wants statues of his dad across America.

“Donald J. Trump Jr., the president’s son, tweeted on Tuesday that the current push to dismantle and remove statues of confederate leaders could be stopped by an initiative to replace them with effigies of his father.

‘Want to save our monuments?’ he wrote. ‘Let’s get a movement going to replace any statue torn down during these riots with a new and more sturdy statue of @realDonaldTrump. The nonsense would stop instantly.’

The tweet seems to imply that left-wing and social justice-minded Americans so loathe Donald Trump that they would in fact rather protect statues of slaveholders than erect new ones of the 45th president.

He is not the only member of the Trump family to defend the statues now being taken down. Since at least 2017, the president himself has defended monuments to various confederate figures as well as a Washington, DC statue of president Andrew Jackson, whose Indian Removal Act saw hundreds of thousands of indigenous Americans forcibly removed from the South via what is now known as the Trail of Tears.”