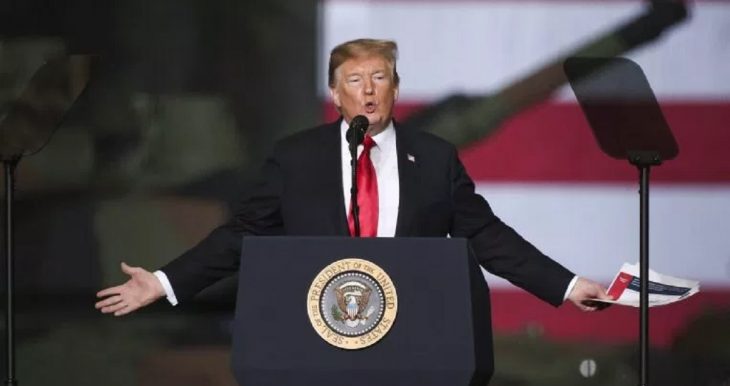 I don’t know – and I doubt that President Donald Trump knows – what union dues, which are paid by workers, have to do with GM management’s decision to close five factories. But he went ahead and blamed them anyway for the mass layoffs.

“Republican President Donald Trump, during a trip to Ohio Wednesday, again laid the blame for the idling of the General Motors plant in Lordstown on the more than 1,400 now-laid off workers.

Along with the workers, Trump also attacked U.S. Sen. John McCain and went on a tirade about renewable energy during his appearance at the Joint Systems Manufacturing Center – the site where the M1 Abrams tank is built.

In his speech to the around 1,000 employees, Trump said the workers at the Lordstown GM factory, which up until its recent shuttering produced the Chevy Cruze, didn’t try to save the facility. GM announced the Lordstown plant’s shutdown in November as part of a plan to lay off more than 14,000 workers in the United States and Canada.

Regardless of the accuracy of his statements, Trump’s comments were clearly intended to blame the union workers for the plant’s demise in the latest bit of a feud that has at times approached the bizarre. Presidents rarely tell bargaining units how to operate.”