Trump’s 2020 Campaign Flags Are Being Made In China

Trump’s 2020 Campaign Flags Are Being Made In China 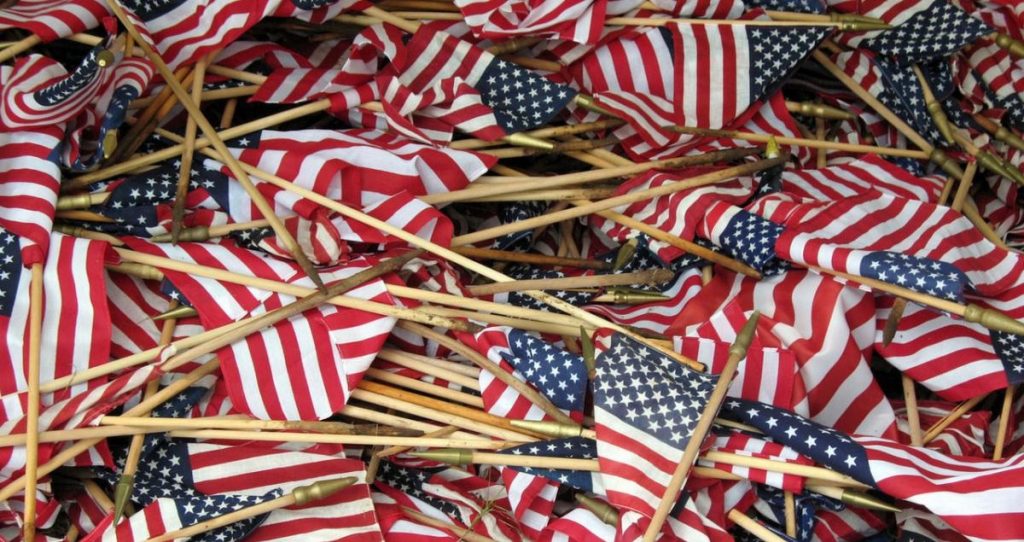 The Trump campaign is in hot water over its decision to make flags in China rather than in the US.

“Flags for President Donald Trump’s re-election campaign are being produced in China, one of the flag manufacturers said in an interview on NPR, despite a looming trade war.

Li Jiang owns a factory that began to make flags after China became part of the World Trade Organization, according to an interview with Li on NPR’s ‘The Indicator.’ The factory made products for both the Hillary Clinton campaign and the Trump campaign in 2016.
‘We also make flags for Trump for 2020. It seems like he has another campaign going on in 2020. Isn’t that right?’ Li said in the interview, which had been translated through an interpreter, according to a transcript from the show.
Li went on to say that making flags for Trump’s 2020 bid ‘is completely normal.’
‘It is completely normal. And that is trade. We buy stuff from America, and America is buying … stuff from China. For example, my car is from America,’ Li said, via the interpreter.
The White House did not immediately respond to CNN’s request for comment.”
For the rest of the story, visit CNN here.