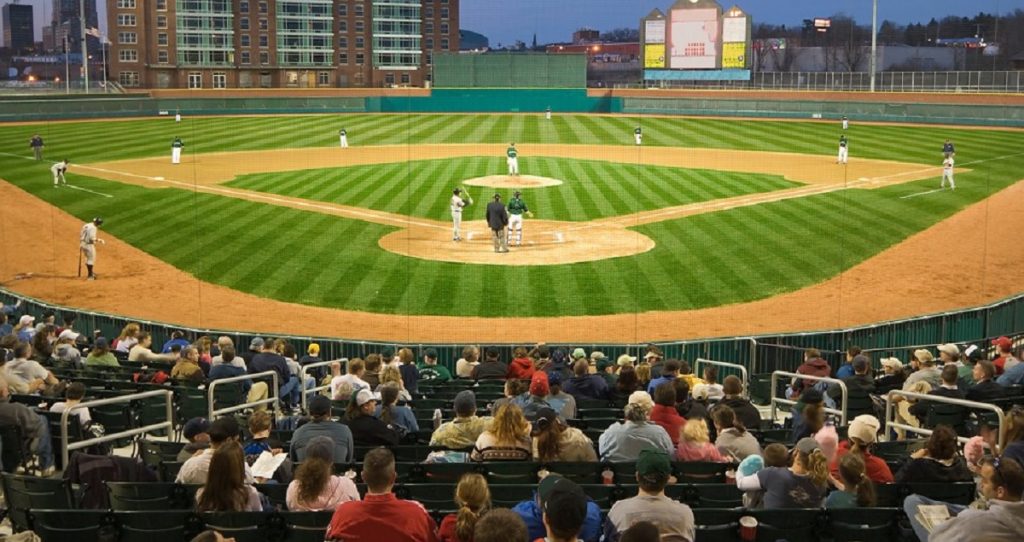 The financially tough life of a minor league baseball player just got tougher thanks to Republicans and the current administration.

“Sadly, as the new baseball season starts, the sport now reflects a very negative trend — the growing inequality and outsize influence of powerful, moneyed corporate interests in our political system. In a provision buried on page 1,967 of the new law to fund the government that passed last week with bipartisan support, Congress rolled back the most basic workplace protections for Minor League Baseball players.

President Trump says he signed a $1.3 trillion spending measure averting a government shutdown hours after saying he was considering a veto. He warns Congress he ‘will never sign a bill like this again.’

The team owners who make up Major League Baseball had spent more than two years and more than $1 million lobbying Congress and the White House to exempt themselves from having to pay minor league players minimum wage and overtime. Just as it has so many times in the past 15 months, the Republican-controlled Congress and the Trump administration made sure billionaires and corporate titans got what they wanted.

Some may not feel their heartstrings tugged by a plea for fairness for professional athletes, whom they assume are overpaid and able to look out for themselves. But many of the minor league players affected by this shady deal have much more in common with other low-wage workers on the losing end of the Republican agenda than with their brethren in the Major Leagues. Among the more than 6,000 Minor League players, some make as little as $1,100 a month.

This new provision would let Major League team owners pay minor leaguers as little as $1,160 a month for a 40-hour week. But there’s no cap on how many hours they could be required to work, no overtime pay, and thus no bottom on how low their hourly wage could go. These minor league players share much with the 4.2 million people, many of them retail and fast food workers, who would have benefited from the Obama administration’s expansion of overtime protections. That change is currently on hold because of corporate-backed litigation and Labor Secretary Alex Acosta’s reservations.

To see the depth of the connection between these minor league players and the millions of other workers harmed by the anti-labor, pro-business bias of the Trump administration, you need only look to who benefits from this rollback of rights. Once again during the Trump administration, the 1% come out ahead of the 99%. Major League Baseball last year reportedly brought in revenues of more than $10 billion. Paying minor league players a living wage would cost owners approximately $7.5 million a year, by one estimate. Yet Congress acceded to their complaint that they couldn’t find that small sum in their $10 billion in revenues.

This is the same Republican Congress that gave billions of dollars of permanent tax cuts to corporate America and a small fraction of that in temporary cuts to workers; and the same Republican administration that reversed previous Justice Department positions in two major Supreme Court cases to undermine the power of workers in the workplace. Together, they have rolled back Obama-era regulations that protected the wages, retirement security and safety of middle class workers, all in accordance with the wish list of corporate special interests. “

For the rest of the piece visit USA Today here.