Trump’s New Ultimatum: 20% Tariff on All European Union Cars Coming into US if Demands Aren’t Met

Trump’s New Ultimatum: 20% Tariff on All European Union Cars Coming into US if Demands Aren’t Met 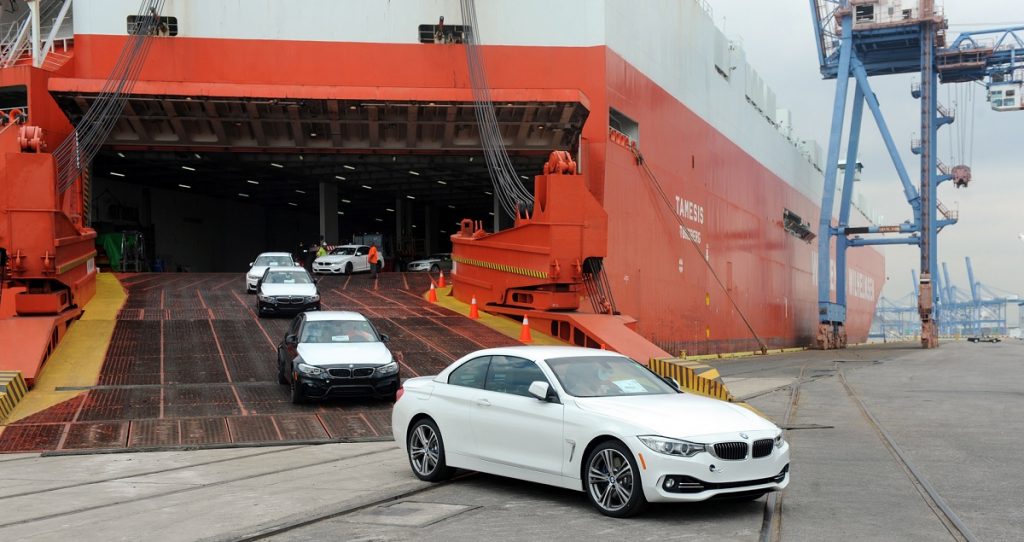 Trump has escalated, again, the threats in his trade battle with the European Union.

“‘Based on the Tariffs and Trade Barriers long placed on the U.S. and it great companies and workers by the European Union, if these Tariffs and Barriers are not soon broken down and removed, we will be placing a 20% Tariff on all of their cars coming into the U.S.’ he wrote on Twitter.

‘Build them here!’ he declared.

The threat came the same day the EU imposed new tariffs on American products, a retaliatory move for the tariffs Trump applied on steel and aluminum. The tweet sent shares of European automakers, including BMW and Volkswagen, lower.

Last month Trump instructed his Commerce Department to begin a national security investigation that would provide the legal underpinning for new tariffs on cars.

He has raged in public and private against trade imbalance, particularly with Germany, as it relates to auto imports. He believes the issue provides a potent selling-point for his political base, which includes white, blue-collar workers who could be energized by the move.

‘You look at the European Union — they put up barriers so that we can’t sell our Ford products in, and yet they sell Mercedes and BMW, and the cars come in by the millions, and we hardly tax them at all. They don’t take our cars. And, if they do, the tax is massive,’ he said during a campaign rally in Duluth on Wednesday.

For the rest of the story, visit KTLA.com here.