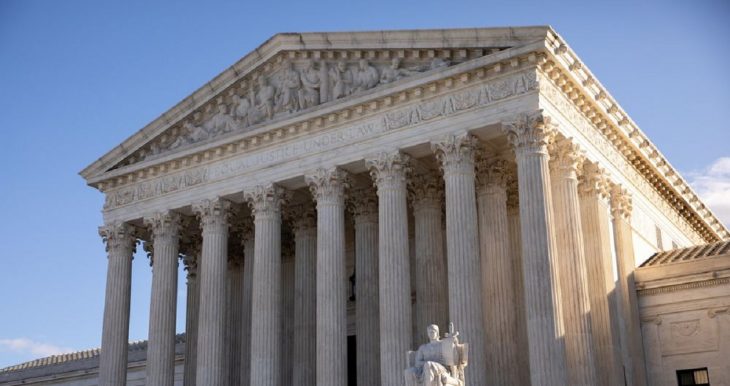 Trump has lost the election yet again (this week).

“The Supreme Court on Friday dismissed a long-shot bid by President Trump and the state of Texas to overturn the results in four states won by Democrat Joe Biden, blocking the president’s legal path to reverse his reelection loss.

The court’s unsigned order was short: Texas has not demonstrated a judicially cognizable interest in the manner in which another state conducts its elections. All other pending motions are dismissed as moot.

Justices Samuel A. Alito Jr. and Clarence Thomas, as they have in the past, said they did not believe the court had the authority to simply reject Texas’s request. I would therefore grant the motion to file the bill of complaint but would not grant other relief, and I express no view on any other issue.

Trump, who has appointed three of the court’s nine members, has long viewed the Supreme Court as something of an ace-in-the-hole, and called for the justices to display courage and rescue him in post-election litigation.

After Justice Ruth Bader Ginsburg died in September, he said filling the seat was essential because of the possibility of litigation that might otherwise end in a tie. Justice Amy Coney Barrett was confirmed in a party-line vote by the Republican-controlled Senate to replace Ginsburg.

In a case earlier this week, the court turned down a request from Republican congressional candidates to overturn the the results in Pennsylvania in a one-sentence order. Barrett took part in the case, but neither she nor fellow Trump appointees Neil M. Gorsuch or Brett M. Kavanaugh noted their objection.”