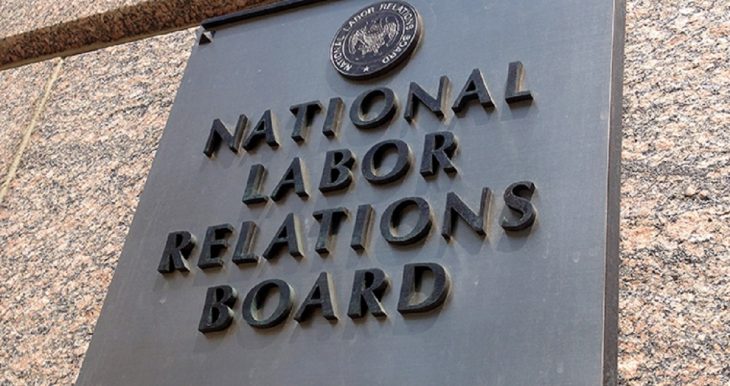 The Trump-dominated labor agency continues its war on unions with a new decision on union majority status.

“The National Labor Relations Board made it easier for an employer to oust a union after getting evidence that a majority of workers no longer supports that union.

The NLRB’s Republican majority modified the board’s legal framework for an employer to stop bargaining prior to the expiration of a collective bargaining agreement and announce it will eject the union when that contract ends. Under the board’s July 3 ruling, an employer that makes such an ‘anticipatory withdrawal’ can’t be hit with an unfair labor practice charge challenging whether the union really lacked majority support when the contract ended.

An employer can announce its pending withdrawal of recognition within 90 days of the expiration of a contract and then withdraw when the pact ends, according to the ruling. A union that wants to reestablish its majority status following an employer’s anticipatory withdrawal then has 45 days to file a petition for a new election.

The ruling fits with the NLRB’s ongoing efforts to make it easier for dissatisfied workers to kick out their unions. GOP board members have said they’re open to reconsidering current precedent on when workers can oust their union. The board also is considering changes to other restrictions on elections to decertify unions . . .

But Lauren McFerran, the board’s only Democratic member, said the decision allows an employer to withdraw recognition ‘in the face of objective evidence that the union has not lost majority support among the employees it represents’ and instead requires a new election.

‘Disregarding the union’s continuing presumption of majority support and dismissing the union’s rebuttal evidence as immaterial, the employer is now permitted to oust the union as the employees’ bargaining representative the second the contract expires—and the union remains ousted, unless and until it seeks and wins a Board election,’ McFerran said in her dissent.”