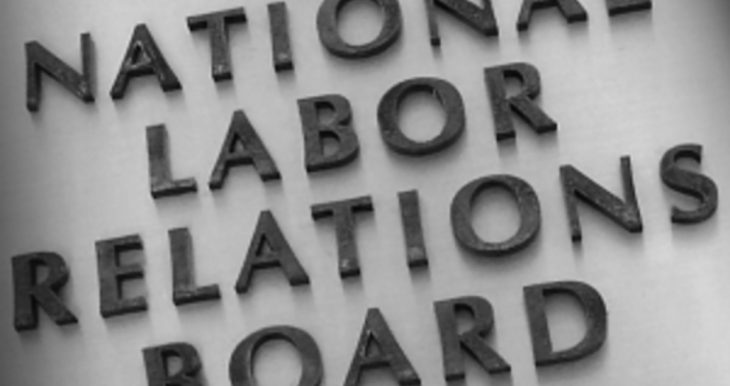 The Trump Administration, via the NLRB, has once again sided with employers at the cost of unions and their members.

Specifically, the test for whether an employer can unilaterally alter the provisions of a contract has become much easier for employers. Gone is the old “clear and unmistakable waiver” test. Replacing it is the “contract coverage” standard.

The NLRB has issued the following statement explaining the new development:

“In a decision issued today, the National Labor Relations Board adopted the “contract coverage” standard for determining whether a unionized employer’s unilateral change in a term or condition of employment violates the National Labor Relations Act. In doing so, the Board abandoned the ‘clear and unmistakable waiver’ standard, which has been rejected by several federal courts of appeals, notably including the Court of Appeals for the District of Columbia Circuit, which has plenary jurisdiction to review Board rulings. The decision is M.V. Transportation, Inc. (28-CA-173726; 368 NLRB No. 66).

Under the ‘contract coverage’ or ‘covered by the contract’ standard, the Board will examine the plain language of the parties’ collective-bargaining agreement to determine whether the change made by the employer was within the compass or scope of contractual language granting the employer the right to act unilaterally. If it was, the Board will honor the plain terms of the parties’ agreement and the employer will not have violated the Act by making the change without bargaining. If the agreement does not cover the employer’s disputed action, the employer will have violated the Act unless it demonstrates that the union waived its right to bargain over the change or that it was privileged to act unilaterally for some other reason.

Under the now-abandoned ‘clear and unmistakable waiver’ standard, the Board would find that an employer’s unilateral change violated the Act unless a contractual provision unequivocally and specifically referred to the type of employer action at issue. Although the Board reaffirmed that standard in 2007 and has adhered to it ever since, the D.C. Circuit has applied the “contract coverage” standard for more than 25 years, and it sanctioned the Board in 2016 for continuing to advocate for application of the ‘clear and unmistakable waiver’ standard in proceedings before that court.

In addition to pointing out the futility of adhering to a standard unenforceable in the D.C. Circuit, the Board said that the ‘contract coverage’ standard is more consistent with the purposes of the Act, explaining that it will encourage parties to anticipate and resolve potential labor-management issues through comprehensive collective bargaining and to settle unilateral-change disputes through grievance arbitration.