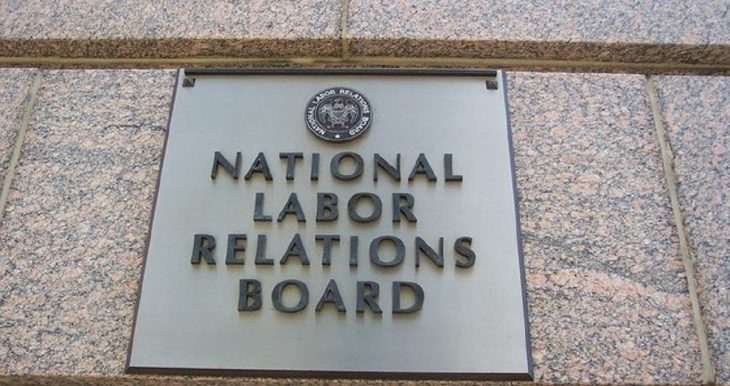 The NLRB has ruled that Uber drivers are not employees, and therefore have no right to form a union.

“Much like customers anticipate the arrival of an Uber, watching as the tiny image of a car winds its way across a map on a phone, Uber drivers say they have also been anticipating (and predicting) the National Labor Relations Board’s decision denying them recognition as employees.

The NLRB released the advisory memo on Tuesday, nearly a month after it was originally issued. It concludes that Uber drivers are independent contractors and not employees — a classification that means they have no right to form a union or bargain collectively.

The memo, which comes from the NLRB’s general counsel’s office, serves as a recommendation for rulings in future cases, but will not impact many existing lawsuits.

The announcement of the decision comes on the heels of a national day of action by Uber and Lyft drivers last week. And, some remarked, suspiciously close to Uber’s disappointing initial public offering on Friday.

While the ruling may be disappointing to driver advocates, several ride-hail driver groups around the country say they are neither daunted nor disheartened as they continue to pursue policies to regulate driver working conditions at the state and municipal levels.

‘The NLRB is not a place where we expect to have our rights protected, given the Trump administration’s position’ on labor unions, Nicole Moore, a spokeswoman for Rideshare Drivers United in Los Angeles told NPR, echoing a sentiment shared by other regional advocates.

‘Just because we can’t be a union doesn’t mean we can’t act like a union,’ Moore added.

She noted the NLRB’s advisory is narrow in scope; it prevents drivers for Uber, and by extension Lyft and other app-based drivers, from unionizing, but it does not touch on issues around minimum pay or working hour limits, she said. ‘And that’s a good thing.'”