Trump’s Tariffs Shut Down Last Major TV Factory In The U.S. - And In A State That Voted For Him

Trump’s Tariffs Shut Down Last Major TV Factory In The U.S. – And In A State That Voted For Him 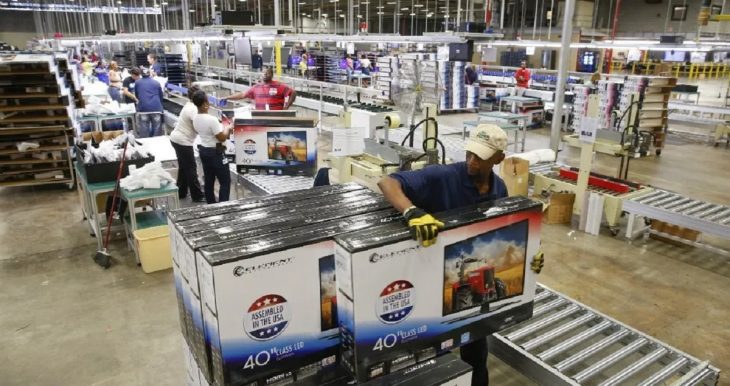 President Donald Trump vowed to bring back American manufacturing. Another factory, however, is closing its doors thanks to his tariffs.

“A South Carolina plant that assembles televisions using Chinese parts plans to shut down and lay off nearly all its employees because of new tariffs imposed by the Trump Administration, the company announced this week.

Element Electronics — which describes itself as the only assembler of televisions in the U.S. — plans to lay off 126 of its 134 permanent full-time employees and close the Winnsboro, S.C. plant on Oct. 5. Notably, there are still at least two smaller companies that continue to assemble specialty televisions in the U.S.

‘The layoff and closure is a result of the new tariffs that were recently and unexpectedly imposed on many goods imported from China, including the key television components used in our assembly operations in Winnsboro,’ Carl Kennedy, Element’s vice president of human resources, said in a letter to the South Carolina Department of Employment and Workforce on Monday.

Kennedy said he hopes the closure will be temporary and the company is advocating for its parts to be removed from the tariff list. ‘We remain hopeful that the closure of our South Carolina factory will be avoided,’ Element said in a statement shared on social media Tuesday.

For the rest of the story, visit TIME Magazine here.