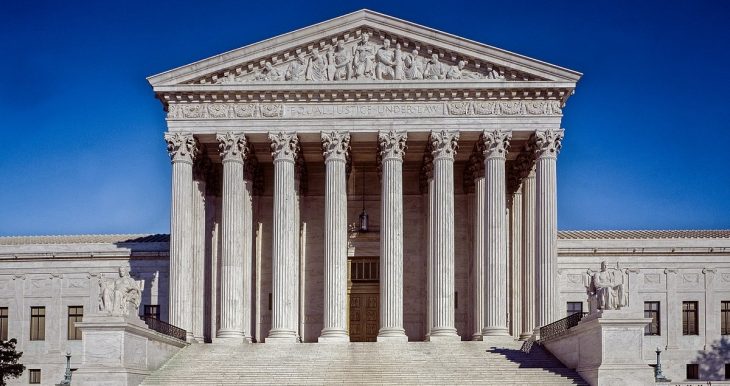 The U.S. Supreme Court has agreed to hear a case involving farmworker union organizing but which could have consequences that reach farther than the labor movement.

“The Supreme Court announced on Friday that it would hear Cedar Point Nursery v. Hassid, a case targeting a 45-year-old California regulation that allows union organizers to briefly enter agricultural workplaces to speak to farmworkers. But the case has implications that stretch well beyond labor organizing. Among other things, Cedar Point could potentially allow businesses to deny entry to health inspectors and other government officials who ensure that those businesses are being operated safely.

If the Supreme Court were to hold that the government may not require a business to allow unwanted people on its premises, the implications could be staggering. It could mean, for example, that the government runs afoul of the takings clause if it requires restaurants to submit to periodic health inspections, or if it requires power plants to be inspected to monitor their emissions, or if factories are required to allow workplace safety inspectors to observe working conditions.

A victory for the Cedar Point plaintiffs could potentially endanger a wide range of land use regulations — such as requirements that certain buildings install sprinkler systems to prevent a fire from spreading, or requirements that buildings in earthquake-prone areas be built to protect occupants from such quakes.

The Court could also potentially hand down a narrower ruling that singles out unions for inferior treatment. In Janus v. AFSCME (2018), for example, the Supreme Court voted along party lines to forbid public sector unions from charging certain fees to non-union members who benefit from the union’s services. But the Court has, at least so far, not applied Janus to non-unions that charge similar fees.

A broad decision in Cedar Point, meanwhile, could fundamentally reshape the balance of power between the government and private property owners. And it could do so in ways that don’t simply endanger workers’ rights but that could also potentially make all of our lives less safe.

The specific regulation at issue in Cedar Point, as Harvard Law professor Niko Bowie noted on Twitter, ‘was the product of a years-long campaign by César Chávez’ and the United Farm Workers. Promulgated in 1975, this regulation gives union organizers limited access to agricultural worksites, provided that those organizers disclose to the employer that they intend to enter a particular worksite.

Briefly, the regulation allows organizers to enter a worksite and speak to farmworkers for up to three hours a day — the hour before the start of work, the hour after the end of work, and the period when the workers break for lunch. Before a union may take advantage of this regulation, however, it must notify the government and the employer that it intends to do so. After filing the appropriate paperwork, the union then gains limited access to a worksite for up to 30 days. A union may invoke this right to enter a particular worksite up to four times a year.

[I]f the Supreme Court, with its 6-3 conservative majority, decides to limit the rights of unions in Cedar Point, it could open up a can of worms that could jeopardize a long list of land use laws. At the very least, it’s hard to distinguish the California regulation from any law permitting government inspectors to investigate whether a business is complying with health, safety, or labor laws.”