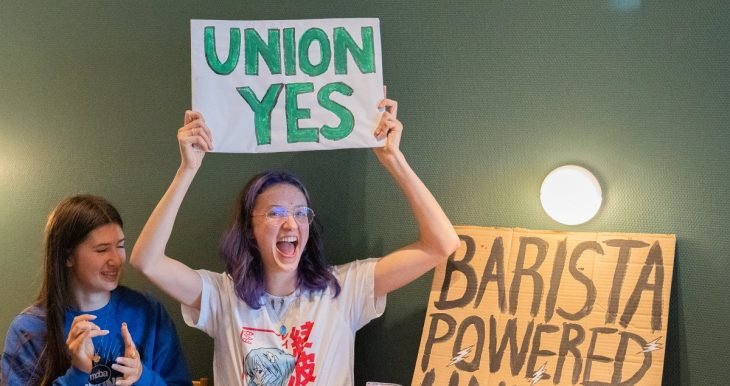 A huge number of Starbucks locations went union this week. 17 in total for the first four days of the week so far.

But, at the same time, the company’s anti-union efforts are starting to bear some fruit. Throughout this year, Starbucks has been losing roughly 90% of NLRB elections to union. This week, however, it won 7 out of the 24 elections.

The company’s victories the past few days could be an outlier. After all, some of the union losses were very close: two were ties, one was by one vote, and another by two votes. Those are hardly crushing numbers.

Next week could possibly bring another 90% win rate by unions. But if it doesn’t, then the pro-union forces might need to take a second look at the company’s union-busting tactics to see how best to counter any upsurge in management wins.

The NLRB election vote counts from this week are below:

Union Victories (Yes to No votes)

Union Losses (Yes to No Votes)