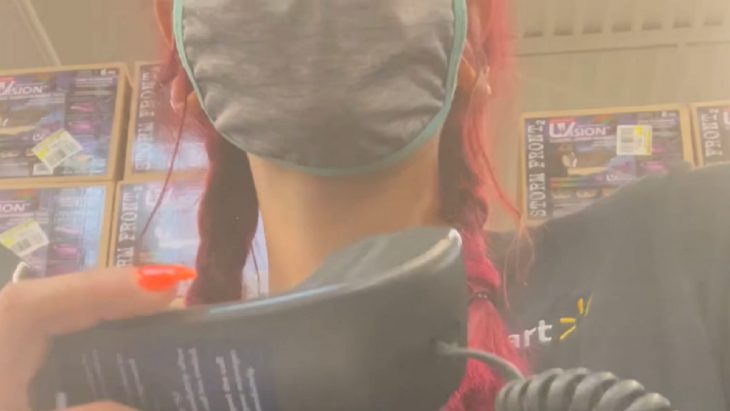 A Walmart employee went viral when she quit her job in a way that captured her – and probably of other workers’ – frustration with working for the retail giant.

“A woman who filmed a now-viral rant where she criticized Walmart managers and quit her job using the store’s PA system says she’s overwhelmed by the support she’s received in the span of a couple days.

Beth McGrath, who said she worked at Walmart in Carencro for nearly five years, first shared the video of her impassioned and sometimes profane tirade aimed at the store’s management Tuesday. Since then, the video has accrued more than 100,000 views on Facebook and thousands of comments from people voicing their support.

‘I’m tired of the constant gaslighting. This company treats their elderly associates like s***,’ McGrath said in the video.

[See her quit in the video below]

McGrath goes on to accuse her store’s manager of being a “pervert” and criticizes others over the treatment of her co-workers.

She closed out the video by praising some of her fellow associates, exclaiming ‘Walmart doesn’t deserve y’all.'”

For the rest of the story, visit WBTZ here.