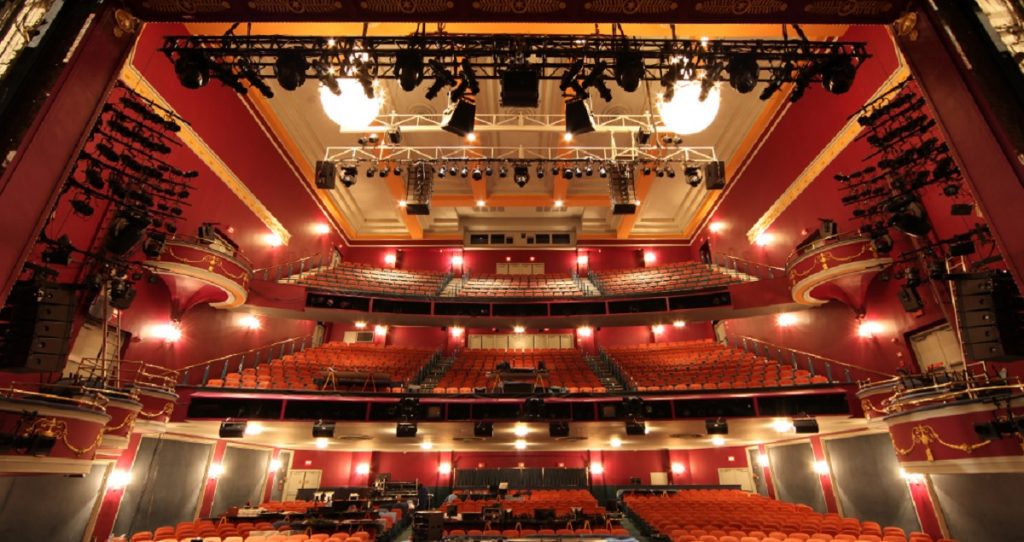 Everyone knows that DC is the place for movers and shakers in government, but not as many realize that DC is also a fantastic city for catching live theater. From Ford’s Theater to the Kennedy Center, there’s a reason DC is regarded as the #2 city for live theater (behind only New York). Live theater is also heavily unionized in DC, so you can rest well knowing that your performance experience is brought to you by the hardworking women and men in labor.

Below is a list of just some of the great union theater venues in DC. For more, see our DC directory!

•    Where: 1321 Pennsylvania Ave., N.W., Washington, DC 20004
•    What: “Located a stone’s throw from the White House, The National Theatre is the historic cultural center for the performing arts in our nation’s capital and the oldest enterprise on Pennsylvania Avenue continuously operating in its original designated capacity.”
•    Union: AFM; IATSE

•    Where: 450 7th St., N.W., Washington, DC 20004
•    What: “Over the past quarter of a century, the Shakespeare Theatre Company in Washington, D.C., has become ‘the nation’s foremost Shakespeare company’ (Wall Street Journal) and the ‘region’s most dynamic theatre’ (The Washington Post), and received more Helen Hayes Awards for producing than any other theatre.”
•    Union: AFM

•    Where: 513 13th St., N.W., Washington, DC 20004
•    What: “The ‘new’ Warner – opened in 1992 with a gala featuring Frank Sinatra (in his final D.C. appearance) and Shirley MacLaine – became once again a destination, not only for revitalized downtown Washington, but also for national and international recording artists and the finest in theatrical, dance, and television presentations.”
•    Union: IATSE