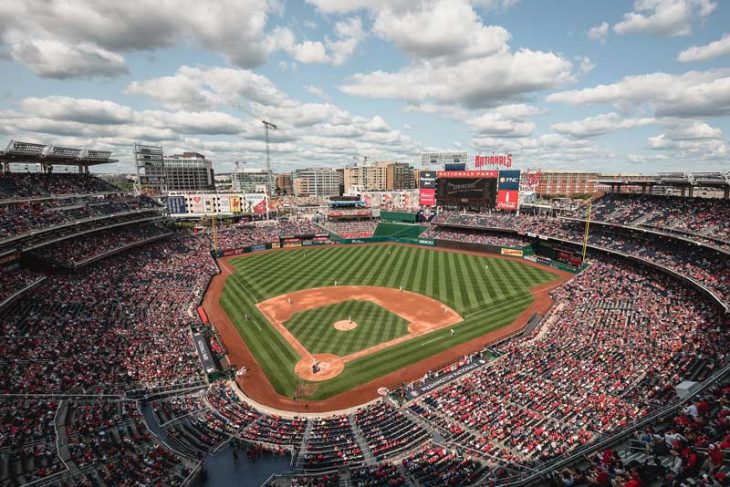 It all comes down to two cities, two teams, best of seven, last man standing and every other sports cliché ever uttered. The World Series begins tonight in Houston where the hometown Astros are heavily favored to take down the Washington Nationals and thereby claim their second world championship in the past three years.

While both teams have plenty of players and storylines to root for, we’re rooting for the underdog Nats to put on their ball gowns (figuratively speaking, of course) and pull a Cinderella-like upset over big bad Houston. Nothing personal against Houston and the Lone Star State, but here at Labor 411, we have a soft spot for all things D.C.

Well, for all union-things D.C., that is, and there are a lot of them. D.C. and the greater metropolitan area is one of the stronger union regions of the country, and we happily partner with the Metropolitan Washington Council, AFL-CIO to publish the annual Labor 411 directory of union-made goods and services for D.C. In this space, we have often regaled you with places and experiences in our nation’s capital that are staffed by union employees. Whether one is checking out the Library of Commerce, taking in a show at the Kennedy Center or visiting the beasts at the Smithsonian National Zoo, you are encountering workers who are treated fairly and are given a voice on the job.

That’s true of a include a trip to Nationals Park where the Nats will try to beat back the ‘Stros on Oct. 25, 26 and 27 (if necessary). Nationals Park is proudly staffed by, among others, two Locals of UNITE HERE. UNITE HERE loves their Nationals, in particular relief pitcher Sean Doolittle who, earlier this year, was made an honorary member of UNITE HERE “in recognition of his longstanding commitment to racial and economic justice.”

Houston is the home of the Texas Gulf Coast Area Labor Federation and the Harris County Labor Assembly. Texas is, alas, a right to work state which can’t make things particularly easy for those fighting the good fight. And kudos, certainly, to Mayor Sylvester Turner for signing an executive order to raise the minimum wage to $12 an hour by 2021 for more than 8,000 workers at the city’s two airports.

Baseball is a very union-friendly sport, and there are plenty of ways to throw an ethical Series-watching party.

Have a great series, everyone. And go Nats!