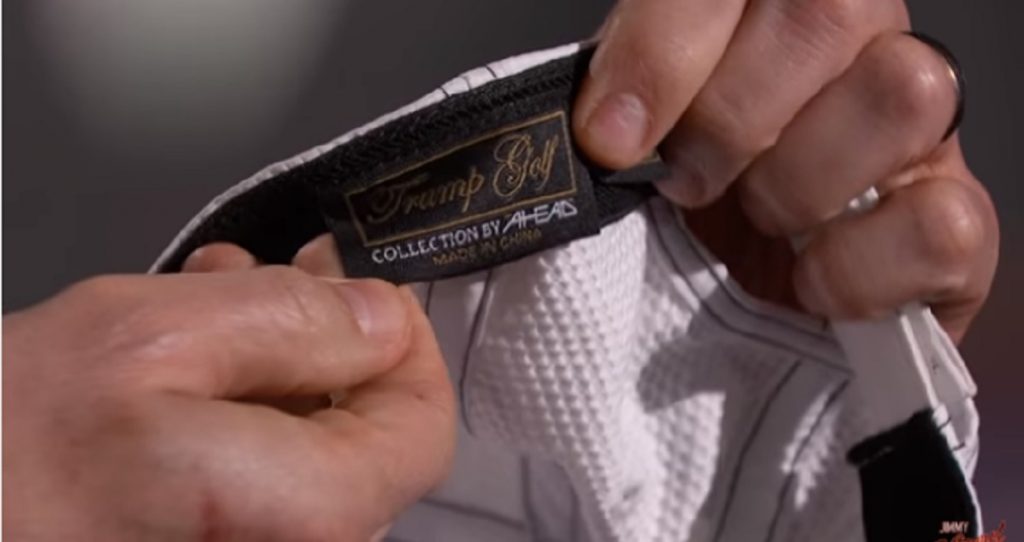 The Trump Administration and family loves to talk about American-made. As Jimmy Kimmel points out below, however, the Trump Store doesn’t seem to like selling items made in the USA.

“Jimmy Kimmel is taking issue with the Trump-branded merchandise he bought from the official Trump Organization store.

The comedian and late-night host unboxed his haul on “Jimmy Kimmel Live” Wednesday night, noting that despite the president’s pro-business policy and “America first” rhetoric, the majority of the items he bought were manufactured outside of the United States.

But what really drew Kimmel’s ire were two other items: a gold bar coin bank and a pet bandana, neither of which specified their country of origin, potentially violating federal labeling requirements.”

See Kimmel’s segment below in its entirety: