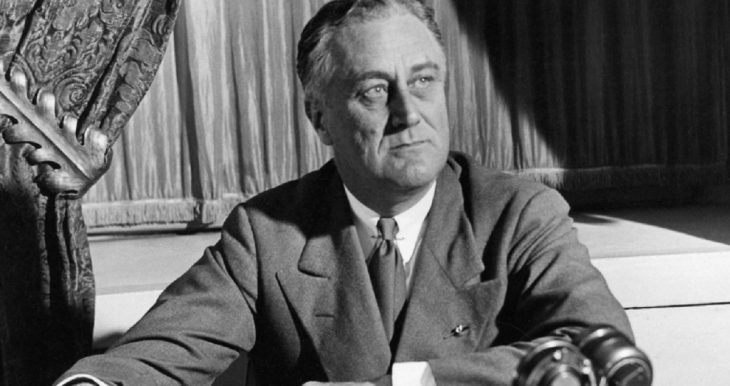 We all know about the push for a 40-day workweek by workers and labor unions throughout history. But with the stock market crash of 1939, and much of the country out of the work with the resulting Great Depression, many were thinking about a 30-day workweek instead.

“The idea was that if workers had shorter hours, no one would be unemployed, even if everyone ended up making less money, though unions were also pushing for a decent federal minimum wage.

After [Franklin D.] Roosevelt won the election but before he took office, Sen. Hugo Black (D-Ala.) introduced a bill backed by the American Federation of Labor to temporarily shorten the workweek drastically, to only 30 hours — six hours a day, five days a week. For a while, it had Roosevelt’s support, and he began negotiating with business leaders behind closed doors; if they would shorten the workweek to 30 hours voluntarily, then he would go easy on antitrust reforms, he said, according to [historian Benjamin] Hunnicutt.

As soon as Roosevelt took office on March 4, 1933, he called Congress into a special session — what would become its most productive streak in history. Over the next 100 days, Roosevelt and his Cabinet guided more than a dozen major bills through the House and Senate, stabilizing the banking system, regulating Wall Street, subsidizing farmers and getting relief checks into the hands of the unemployed.

Amid this flurry, on April 6, the Senate passed Black’s 30-hour week bill 53 to 30 in a bipartisan vote. Supporters claimed it would create 6 million jobs, The Washington Post reported. It was expected to pass the House, and Secretary of Labor Frances Perkins was publicly supportive.

Business leaders were up in arms. ‘Instead of looking at the increase in leisure as inevitable or as potentially beneficial,’ Hunnicutt wrote, they feared that if workers got a taste of a 30-hour week, they would never want to go back, and the law would become permanent. Men of industry held emergency meetings in Chicago and Philadelphia, and Perkins, who also supported a federal minimum wage, was flooded with messages of opposition.

Meanwhile at the White House, as Roosevelt worked on a comprehensive recovery plan, he began to turn against the 30-hour week. What if, rather than sharing available work, there was just more work? As the plan for a massive public works program took shape, support for the 30-hour week collapsed. Instead, Roosevelt used the threat of it as leverage to get industry leaders to agree to ban child labor, set a modest minimum wage and limit the standard workweek at 40 hours, Hunnicutt wrote.”

For the full story, visit The Washington Post here.