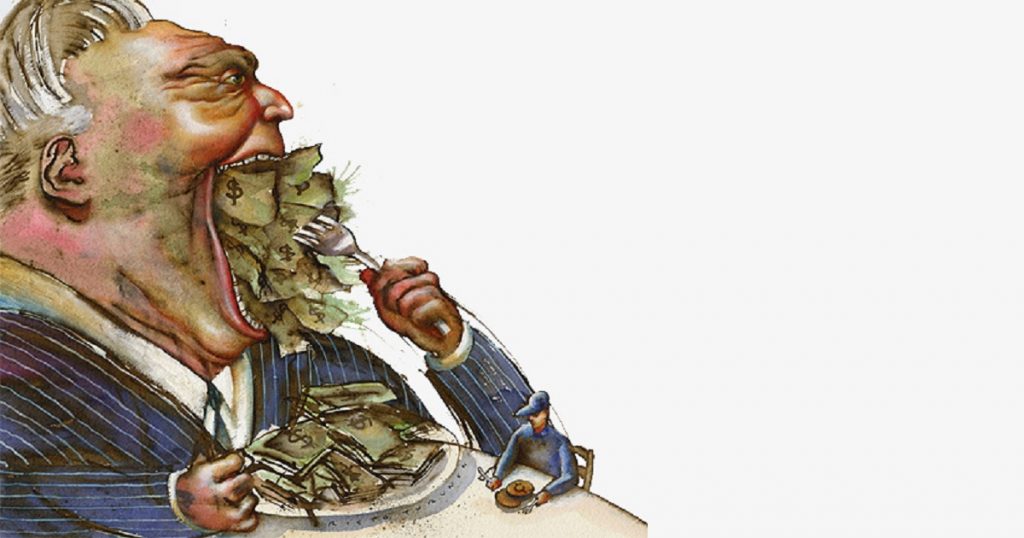 The wealth gap in the United States is the largest we’ve ever experienced since the Federal Reserve started collecting statistics. That’s what the Pew Research Center found when they compared the latest numbers of upper- and middle-income households. These kinds of record numbers catch our attention here at Labor 411.

Here’s where it stands:

For those of you not near a calculator, that’s nearly 7 times as much dough for the uppers over the middle.

Wealth is described in the Pew report as “the difference between the value of a family’s assets (such as financial assets as well as home, car and businesses) and debts.” As they describe it, the “nest egg.”

As is Labor 411’s mantra, it starts with you, the consumer. The conscious consumer. The consumer willing to spend even a small portion of their budget on products made by companies that give their employees livable wages. This will strengthen the folks in middle class as well as the lower by putting more money in their pockets, and our hard-working fellow men and women will be able to save and support themselves and their families without worry.

Closing the gap is a possibility, but we can no longer sit back and wait for things to change. The labor movement has a foundation in solidarity for a reason; there is power in numbers.

Labor 411 is trying to make it as easy as possible to support good jobs in this country. Join the movement and let’s shrink the gap.