Welcome To Trump’s America, Where Federal Workers Are Resorting To GoFundMe To Pay Rent

Welcome To Trump’s America, Where Federal Workers Are Resorting To GoFundMe To Pay Rent 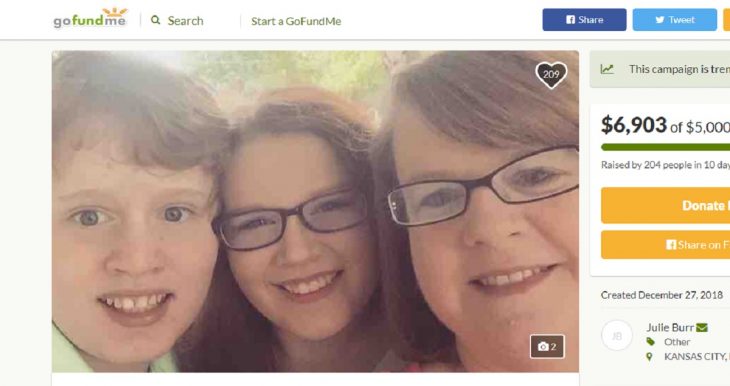 Just how low will things go for federal workers during the shutdown? For one worker, bad enough to ask for help with rent via GoFundMe.

“As government workers across the country figure out ways to pay the bills during the government shutdown, one contract employee says she set up a GoFundMe account to help pay her expenses during the unpaid period.

‘I was given the advice to set up a GoFundMe and I made a goal of approximately two months of salary because I wasn’t sure how much this would last,’ Julie Burr told CNN’s Brianna Keilar in an interview on Monday. ‘That’s going to help get us through. It helped with my January rent and more than likely will have to help with February rent also. So right now I’m relying on that.’

Julie Burr, a contracted federal worker affected by the shutdown, says she set up a GoFundMe with a goal of two months of salary and that money has helped with rent

She also isn’t getting paid for work she has already done because no one is working who can approve her time sheet pic.twitter.com/UsxbtiCql1

Burr, a federal contract worker for the Department of Transportation in Kansas City, Missouri, said she also isn’t expecting to get paid for hours she has already worked. That’s because she can’t submit her time sheet since there is no one to approve it in the office where she works.