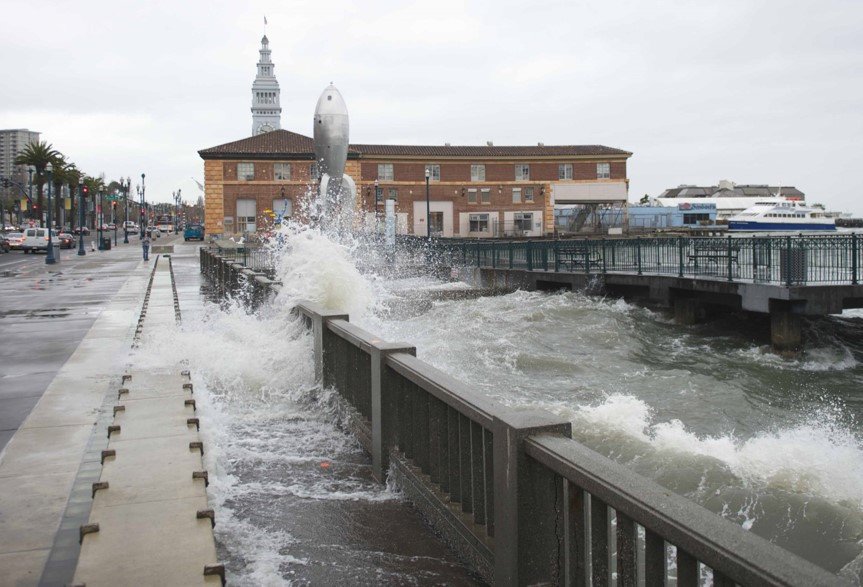 When we talk about climate change, sea level rise, and earthquake preparedness here in San Francisco, we rarely talk about labor. On this Labor Day, as we embark on one of the biggest and most important infrastructure projects in our generation – strengthening the Embarcadero Seawall – we want to highlight the importance of San Francisco workers in these efforts.

For those not familiar, the City of San Francisco, acting through the Port of San Francisco, has begun a multi-billion-dollar effort to strengthen our Embarcadero Seawall and make sure our city can withstand the next major earthquake and prepare for flood risk as sea levels rise. The Seawall, a three-mile long rock and concrete wall that stretches over three miles from Fisherman’s Wharf to Mission Creek, transformed what was once a tidal mudflat into the thriving waterfront we know today. Phase 1 of the Seawall Program will address the most critical emergency response and life-safety upgrades to the Seawall (the proposed $425 million Seawall Earthquake Safety Bond will fund the majority of this work). The entire project will span 30 years and cost up to $5 billion.

Let’s first talk about jobs that already exist that our Seawall protects each day. Did you know that one out of every eight jobs in the Bay Area is located in downtown San Francisco? Alone, the Port of San Francisco is home to nearly 400 businesses. The Port and the maritime industry support thousands of good union jobs along San Francisco’s waterfront. All told, the Seawall supports over 100 billion dollars in economic activity along the waterfront. There’s no question that a lot of workers are depending on our swift, strategic response to issues like seismic safety and sea level rise.

Now let’s talk about the jobs we can create through the Seawall Program. We know that investment in our Seawall will be very labor intensive and a great job creator over the next 30 years. Construction of the initial projects is scheduled through 2026 and will span for 30 years, which means we’ll spend the next several decades creating thousands of jobs along the waterfront – everything from engineers to analyze seismic and flood hazards to pile drivers and engine operators to plumbers, and others. They will all help us rebuild our Seawall.

You can be sure that all work to strengthen the Seawall and protect the city will prioritize local hiring and workforce development. In fact, our contracts for the Seawall will be 30% local hire. We want to make sure that local workers are trained to provide the different crafts necessary as we work to ensure the Seawall is seismically safe and our waterfront is prepared to handle rising tides.

To that end, the Port is working with the City to make sure that job training opportunities are available for the estimated 3,000 jobs that will be created in just Phase 1 of the project. We expect the rebuild of the Seawall will create 30,000 jobs for the life of the project. We know the demand for workers will continue to grow as we enter each phase of this multi-decade, multi-billion-dollar endeavor.

So, in fact, labor has a lot to do with it. Today, we pay tribute to the workers who have defined San Francisco’s prosperity, strength, and innovation. And we also look with optimism to a safer future for San Francisco thanks to the workers who are and will help us withstand the next major earthquake and prepare our city for the impacts of climate change.

Willie Adams is Vice President of the San Francisco Port Commission and Secretary-Treasurer of the International Longshore Warehouse Union.