With Weeks Left In Office, Trump Administration Helped The Rich Avoids Hundreds Of Million In Taxes

With Weeks Left In Office, Trump Administration Helped The Rich Avoids Hundreds Of Million In Taxes 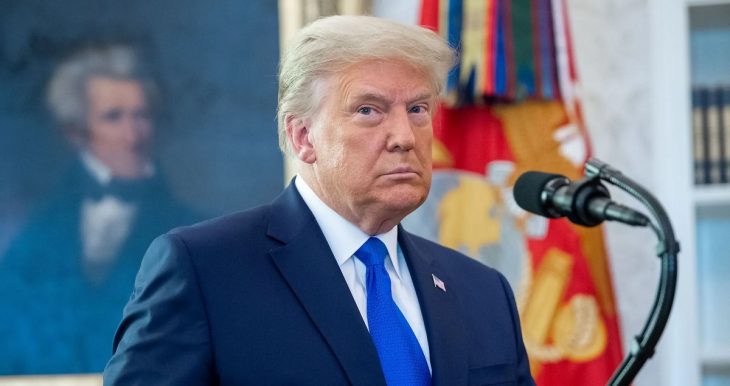 The $4.5 trillion dollar private equity industry is where you go to see a level of wealth, and power, that is rarely seen in any other business sector.

Yet, with two weeks left in office, the Trump administration decided to add substantially to their wealth through a tax giveaway.

“There were two weeks left in the Trump administration when the Treasury Department handed down a set of rules governing an obscure corner of the tax code.

Overseen by a senior Treasury official whose previous job involved helping the wealthy avoid taxes, the new regulations represented a major victory for private equity firms. They ensured that executives in the $4.5 trillion industry, whose leaders often measure their yearly pay in eight or nine figures, could avoid paying hundreds of millions in taxes.

The rules were approved on Jan. 5, the day before the riot at the U.S. Capitol. Hardly anyone noticed.

The Trump administration’s farewell gift to the buyout industry was part of a pattern that has spanned Republican and Democratic presidencies and Congresses: Private equity has conquered the American tax system.

The industry has perfected sleight-of-hand tax-avoidance strategies so aggressive that at least three private equity officials have alerted the Internal Revenue Service to potentially illegal tactics, according to people with direct knowledge of the claims and documents reviewed by The New York Times. The previously unreported whistle-blower claims involved tax dodges at dozens of private equity firms.

But the I.R.S., its staff hollowed out after years of budget cuts, has thrown up its hands when it comes to policing the politically powerful industry.

While intensive examinations of large multinational companies are common, the I.R.S. rarely conducts detailed audits of private equity firms, according to current and former agency officials.

Such audits are ‘almost nonexistent,’ said Michael Desmond, who stepped down this year as the I.R.S.’s chief counsel. The agency ‘just doesn’t have the resources and expertise.’

One reason they rarely face audits is that private equity firms have deployed vast webs of partnerships to collect their profits. Partnerships do not owe income taxes. Instead, they pass those obligations on to their partners, who can number in the thousands at a large private equity firm. That makes the structures notoriously complicated for auditors to untangle.

Increasingly, the agency doesn’t bother. People earning less than $25,000 are at least three times more likely to be audited than partnerships, whose income flows overwhelmingly to the richest 1 percent of Americans.

The consequences of that imbalance are enormous.

By one recent estimate, the United States loses $75 billion a year from investors in partnerships failing to report their income accurately — at least some of which would probably be recovered if the I.R.S. conducted more audits. That’s enough to roughly double annual federal spending on education.

It is also a dramatic understatement of the true cost. It doesn’t include the ever-changing array of maneuvers — often skating the edge of the law — that private equity firms have devised to help their managers avoid income taxes on the roughly $120 billion the industry pays its executives each year.”