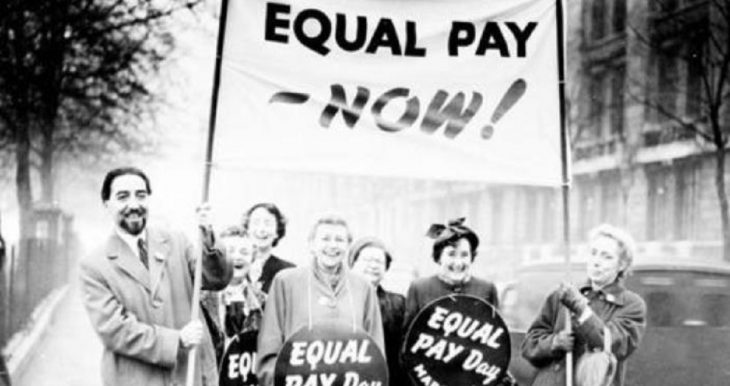 Most of us by now are familiar with the 80 cents per men’s dollar figure: for every $1 a man makes, a woman makes 80 cents. But it turns out that is worse than that. Much worse.

“Every year on Equal Pay Day, we hear that women in America make about 80 cents for every dollar men earn. For many women of color, the number is lower — black women make about 61 cents on the dollar compared with men, while Latina women make 53 cents.

But matters are actually worse than any of these numbers would suggest, according to a 2018 report by the Institute for Women’s Policy Research (IWPR), a think tank that looks at public policy through the lens of gender. Measures of the pay gap typically compare the wages of men and women working full time in a given year, as Emily Peck notes at HuffPost. But women are more likely to drop out of full-time work to take care of children or other family members.

To account for this, the report’s authors looked at women’s earnings across a 15-year period, and compared those with men’s. What they found was a pay gap nearly twice as big as what’s traditionally reported: averaged out over 15 years, women made just 49 cents for every dollar men made.

Men lost income when they dropped out of the labor force too, of course. But women were far more likely to drop out, and when they did, the wage penalty was more severe. Those inequalities, the report argues, are key to understanding the wage gap — and, ultimately, closing it.”