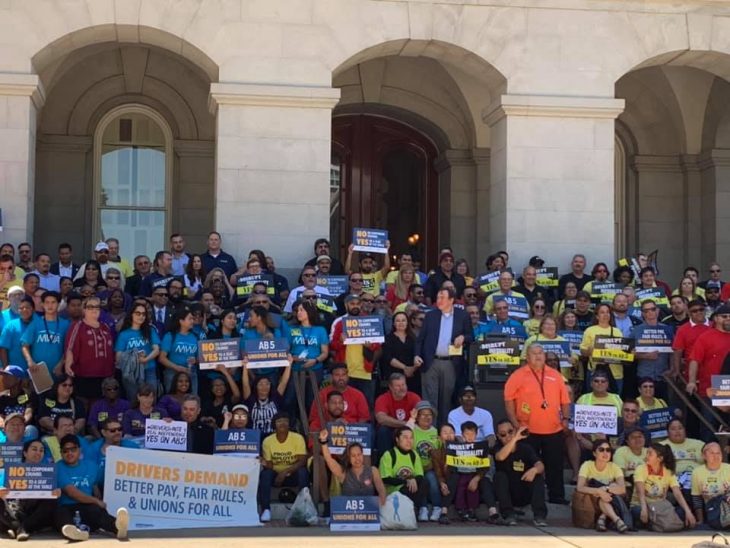 Assembly Bill 5 (AB5) by Assemblymember Lorena Gonzalez codifies last year’s landmark state supreme court ruling in the Dynamex case which ruled that contract drivers working for the delivery firm Dynamex were improperly classified as independent contractors. The case set a standard for how workers should be classified as employees; AB expands on the ruling.

he bill passed the State Assembly in May 53 to 11, California Labor Federation Communications Director Steve Smith noted that, “Millions of workers are living a life of insecurity because corporations refuse to abide by the law and offer the basic protections that come with being recognized as an employee. With the passage of AB 5 in the state Assembly, these workers are one step closer to the justice on the job they deserve. We commend bill author Lorena Gonzalez (D-San Diego) and members of the Assembly who voted for the bill for their advocacy of fundamental worker protections like a minimum wage, overtime pay, workers’ compensation, unemployment insurance and the right to collectively bargain. This measure would immediately benefit working people who are living on the edge every single day as a result of being misclassified as independent contractors.”

The California Labor Federation, San Francisco Labor Council, San Francisco Building & Construction Trades Council and several labor councils and unions mobilized hundreds of union members to rally at the State Capitol to advocate for AB 5—meeting with legislators and attending the Labor Committee hearing. Union members were joined in Sacramento by dozens of drivers from the pseudo-taxi companies Lyft and Uber who have organized as Gig Workers Rising and Mobile Workers Alliance to rally for the bill and the protections it would afford them.

Speaking at the rally after AB5 passed the committee, Assembly Speaker Anthony Rendon told workers, “There’s something about the ‘gig economy,’ the ‘disruption economy.’ They use a lot of really cute words to basically describe the same old shit that they’ve been doing for a really long time. People keep acting like they’ve invented new things. It’s the same old thing; it’s about corporations trying to oppress workers. When you hear about folks talking about the new economy, the gig economy, the innovation economy, it’s fucking feudalism all over again.”

Assemblymember Gonzalez, former head of the San Diego Labor Council, slammed the so-called “rideshare” “gig economy” companies that have contributed to income inequality between workers and CEOs. “The Lyft owner bought a 70-million-dollar home the day after a story ran about how many of the workers are sleeping in their cars,” she said. “They can sit here and say they care about their workers and they’d love to provide benefits—well they could’ve provided them with a lot more money. That we know, and they haven’t and they won’t unless we force them to.”

A group of Uber and Lyft drivers also rallied in opposition to the bill July 9, calling for “driver flexibility and independence,” and to remain as independent contractors.

The Labor Federation’s Steve Smith noted that, “The notion that flexibility is inconsistent with employee status is what we’ll call The Big Lie. The Big Lie offers gig companies cover to continue exploiting their drivers by paying them less than minimum wage, leaving them vulnerable to discrimination and offering no protections if they are injured on the job or unemployment insurance if they are laid off. That’s because, according the The Big Lie, these self-proclaimed masters of innovation can’t figure out how to offer flexibility and provide basic protections to drivers at the same time.”  Smith cited a report from the National Employment Law Project that pointed out, “Many gig companies claim that employee status and work flexibility are incompatible. That is not true, and it is a false choice to suggest a worker can have one but not the other. There is nothing about employee status that is inherently inflexible, and nothing required by any law or policy that would make it so.[iv] Being an employee can come with flexible job hours if that’s how the employer chooses to structure things, or if workers and their colleagues come to an agreement with their employer, for example, through a collective bargaining agreement.”

AB 5 will next be heard in the state Senate Appropriations Committee and, if it passes, to a full Senate vote. If passed, AB 5 would go into effect January 1, 2020. 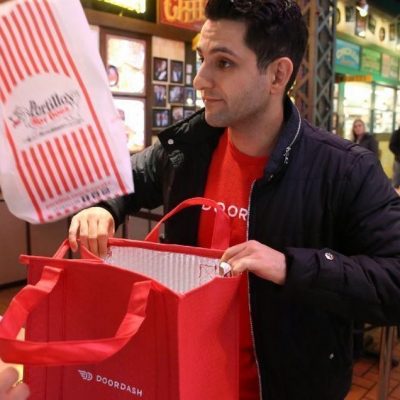 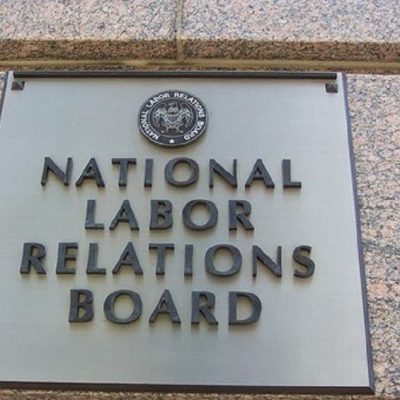 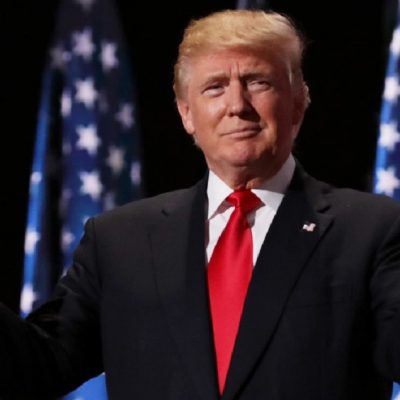