Workers’ Leverage Is Increasing, Pay Going Up As Employers Are Desperate To Attract Workers 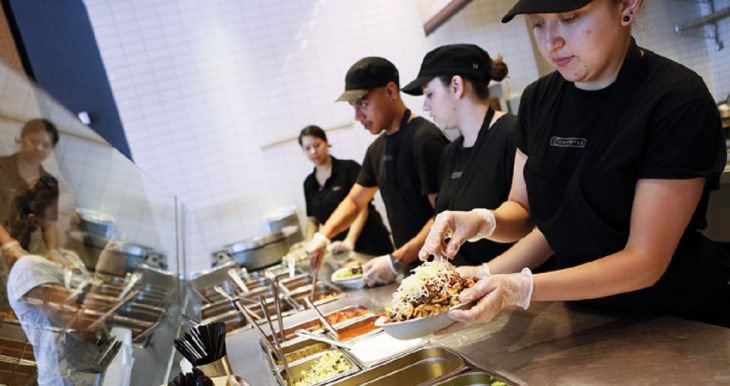 Employers are increasing pay as workers find themselves with greater negotiating power.

“Workers in retail, hospitality and other service industries bore the brunt of last year’s mass layoffs. But unlike low-wage workers in past recessions, whose earnings power eroded, many of those who held on to their jobs saw their wages rise even during the worst months of the pandemic.

Now, as the economy bounces back and employers need to find staff, workers have the kind of leverage that is more typical of a prolonged boom than the aftermath of a devastating recession. Average earnings for non-managers in leisure and hospitality hit $15 an hour in February for the first time on record; in April, they rose to $15.70, a more than 4.5 percent raise in just two months.

President Biden’s administration is embracing those gains and hoping they shift power away from employers and back toward workers. And Federal Reserve officials have indicated that they would like to see employment and pay rising, because those would be signs that they were making progress toward their goals of full employment and stable prices. The stage is set for an economic experiment, one that tests whether the economy can lift laborers steadily without igniting much-faster price increases that eat away at the gains.

‘Instead of workers competing with each other for jobs that are scarce, we want employers to compete with each other to attract workers,’ Mr. Biden said in Cleveland last week. ‘When American workers have more money to spend, American businesses benefit. We all benefit.’

Data on pay gains have been hard to interpret because state and local lockdowns tossed people who earn relatively little out of work, causing average hourly earnings to artificially pop last spring. But when you look across a variety of measures, wages seem to be growing at close to prepandemic levels.

That came as a surprise to economists.

Earnings growth typically slows sharply when unemployment is high, which it has been for the past 14 months. Many economists thought that would happen this time around, too. Instead, paychecks seem to have been resilient to the enormous shock brought on by the pandemic: Wage growth wiggled or fell early on, but has been gradually climbing for months now.

‘It’s not necessarily going gangbusters, but it’s just higher than you would think” when so many Americans are out of work, said John Robertson, an economist who runs the Federal Reserve Bank of Atlanta’s widely used wage growth tracker. Payrolls are still down by 8.2 million jobs, although that number could fall when fresh data is released Friday.’