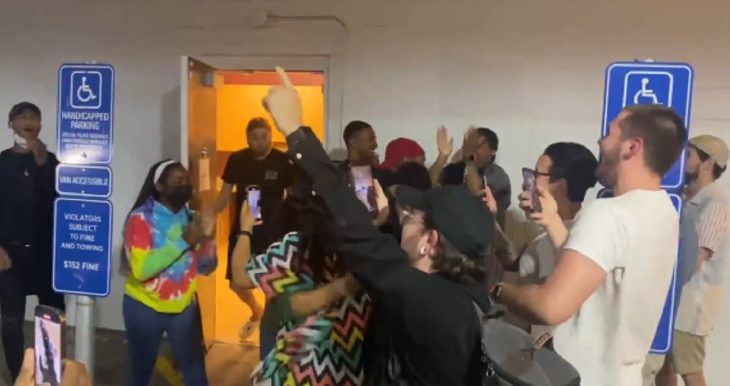 They are now part of the Machinists Union and will get a seat at the bargaining table and a voice on the job!

That feeling when ⁦you form the first union at Apple in America. Congrats, ⁦@acoreunion⁩!

Welcome to the Machinists Union! #1u pic.twitter.com/U7JzwXcoz7

NPR reports on this historic win:

“Apple store employees in a Baltimore suburb voted to unionize by a nearly 2-to-1 margin Saturday, a union said, joining a growing push across U.S. retail, service and tech industries to organize for greater workplace protections.

The Apple retail workers in Towson, Maryland, voted 65-33 to seek entry into the International Association of Machinists and Aerospace Workers, the union’s announcement said. The vote could not immediately be confirmed with the National Labor Relations Board, which would have to certify the outcome. An NLRB spokesperson referred initial queries about the vote to the board’s regional office, which was closed late Saturday.

For the rest of they story, visit NPR here.