Workers Who Make Oreos, Ritz, And Chips Ahoy Go On Strike Over 12 Hour Shifts With No Overtime

Workers Who Make Oreos, Ritz, And Chips Ahoy Go On Strike Over 12 Hour Shifts With No Overtime 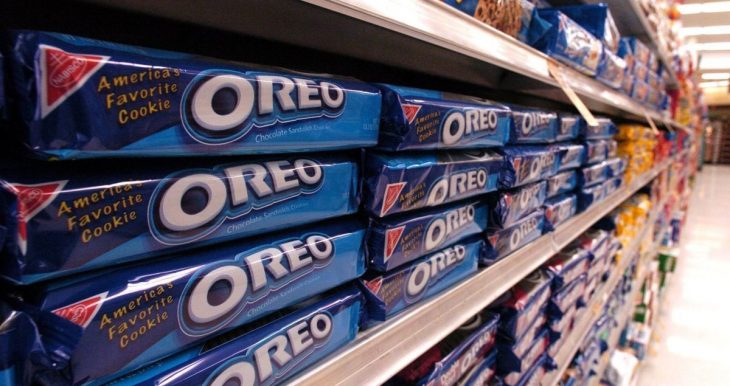 Workers at one of America’s premier snack makers have gone on strike.

“About 400 hourly employees at the Mondelez International Inc.’s bakery plant in eastern Henrico County have gone on strike, seeking to stop demands the company has made for concessions in contract negotiations and to end what the union calls the outsourcing of jobs to Mexico.

The walkout is part of a strike that members from two other local unions of the Bakery, Confectionary, Tobacco Workers and Grain Millers International Union have taken at a Mondelez bakery plant in Portland, Ore. and at a sales distribution center in Aurora, Col. Those workers went on strike last week.

The one-year contract with the company expired at the end of May. That contract was ratified last year after a previous contract had expired in 2016 and employees continued working under the old agreement . . .

The union claims that the company has ‘ridiculous demand for contract concessions at a time when the company is making record profits.’ The company generated global net profit of $3.6 billion in 2020, down from $3.9 billion in the previous year.

‘Members across this union and across the country are coming together in solidarity with our striking brothers and sisters to take a stand against Nabisco’s shameful and destructive disregard for workers, their families and the communities in which they live,’ the union said in a statement.

The proposals to the contract, the union claims, include wanting a new alternative work schedule for employees, no premium pay for working weekends, and paying healthcare costs. It also wants the company to stop moving jobs to Mexico . . .

Under the plan, the union claims that workers would be required to work 12-hour shifts – not the normal eight hours – and they would not be eligible for overtime pay.

‘By changing the work day to a 12-hour work day, the company is now able to consider that is as all straight time, so that an eight-hour shift that we used to have, you get time and a half for anything over that,’ Bragg said. ‘With this way, they’re actually working us 12 hours a day and we’re not getting overtime for the extra four hours’

Plant workers, he said, now work Monday through Friday and, if they work Saturday or Sunday, they get premium pay.

The union says making that change will eliminate overtime for workers.”

For the rest of the story, visit the Richmond Times Dispatch here.