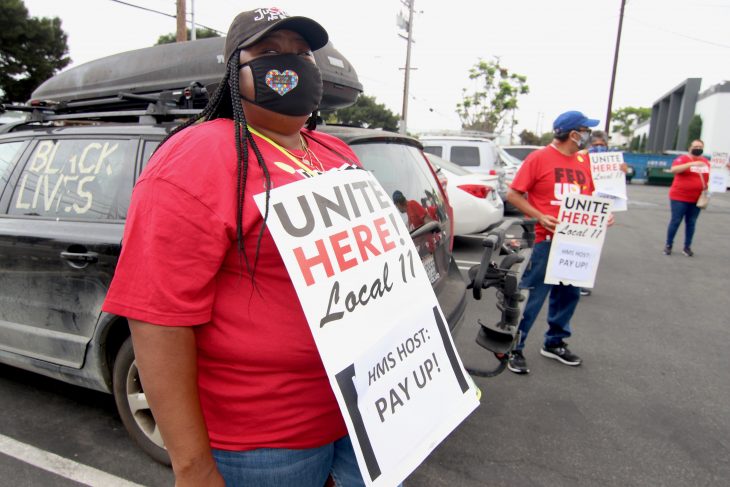 Dozens of laid off airport workers protested outside the offices of LAX concessions giant HMS Host, alleging the company is “past due” in paying outstanding wages owed to its workers.

“I am a single mother of two daughters and while my company was getting relief, I was selling candy and soda just to try and get by. HMS Host needs to pay up and the City of Los Angeles needs to reject a lease and rent reduction package for them” said Elvia Martinez, a cashier at HMS Host at LAX for 17 years.

After delivering a “Past Due Notice,” workers caravanned to the district offices of all fifteen L.A City Councilmembers to urge them to reject a lease extension and rent reduction package for HMS Host currently awaiting the Council’s vote.

Workers filed complaints with the City in 2019, alleging a failure to pay the applicable minimum wage to HMS Host workers. Workers have not received any payments to compensate them for the alleged minimum wage violations which are estimated to total more than $100,000.

“I can’t believe Host still hasn’t paid us.  I know they have the money and I know that it’s a requirement for them to get any relief at all that they have to follow all city laws, but we are still waiting,” said Debra Lewis who has worked at HMS Host for 34 years.

Last week, the airport’s governing board, LAWA, approved a financial package for HMS Host and other companies worth millions of dollars. To be eligible for relief, concessionaires must be in compliance with all City ordinances. Workers assert that HMS Host’s failure to pay the unpaid wages as alleged in the workers’ complaints—despite reportedly being sent notices from the City to address the issue—makes them ineligible for relief.

“HMS Host has billions, we don’t. HMS Host will be fine after this pandemic. HMS Host’s behavior is outrageous, and it should not be rewarded with even more relief and valuable lease extensions now” said Marlene Mendoza who has worked at HMS Host at LAX for 32 years.

HMS Host is the largest operator of airport concessions in North America and at LAX.  Its parent company, Autogrill, is owned by a family of Italian multi-billionaires whose holding corporation had assets valued at $13.8 billion last year.  Autogrill is reportedly negotiating an aid package with the Italian government worth over $350 million.

The majority of HMS Host workers at LAX have been laid off since March; the workers are over 90% people of color, over 20% Black, and primaril

y live in the communities hardest hit by the COVID-19 pandemic.

“I have been laid off since March and have been struggling to provide for myself and my family with the little I make on unemployment. I had to find other ways to put food on my table and yet it is not enough,” said Donna Robinson a sushi chef at HMS Host for 7 years. 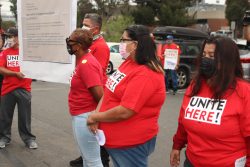 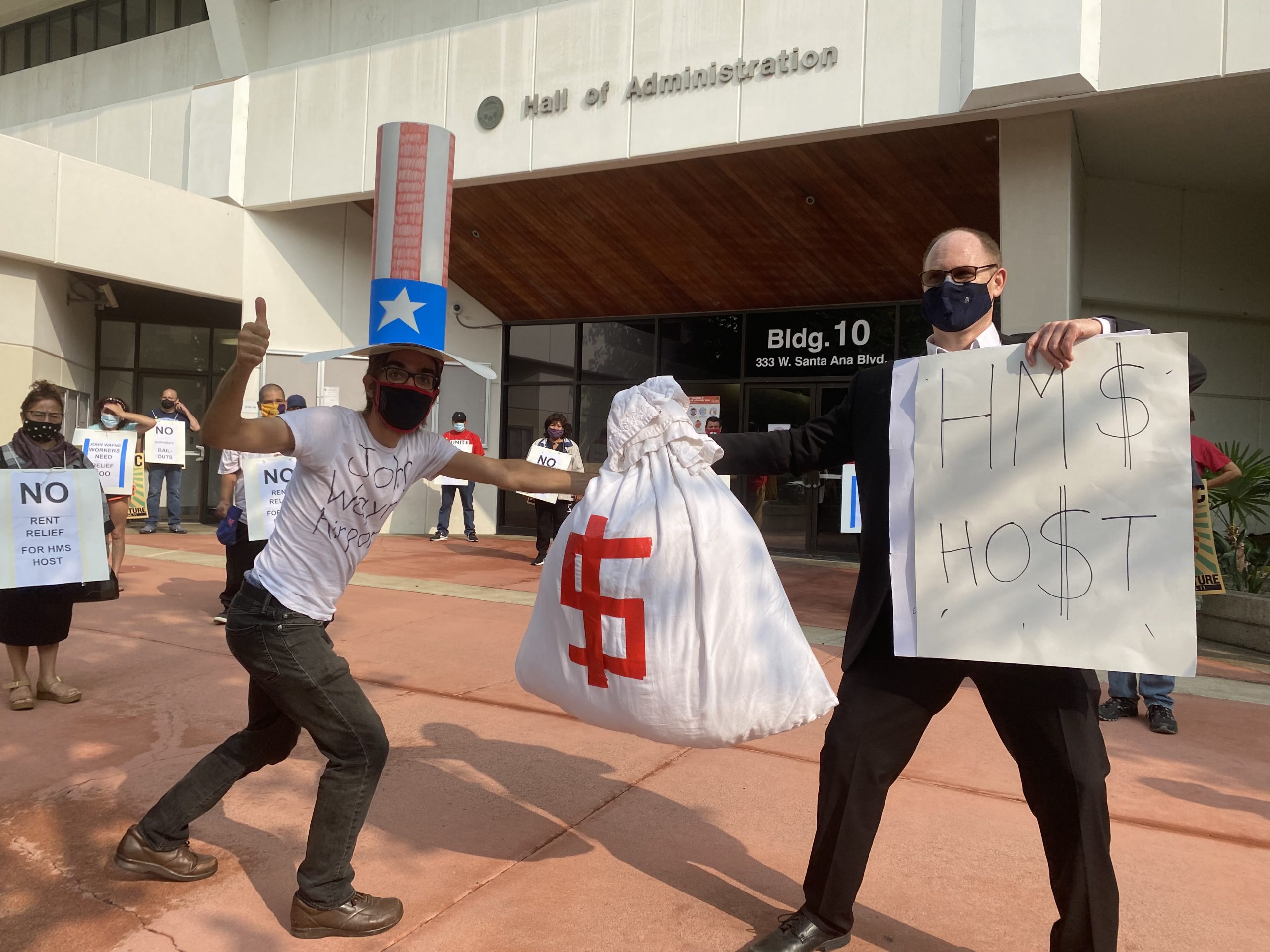 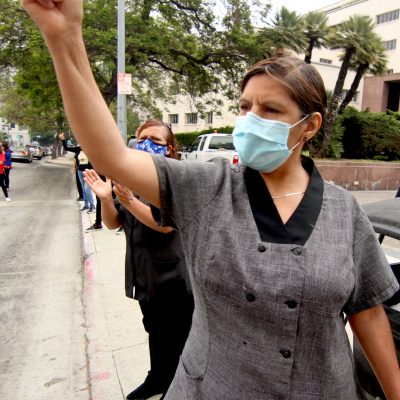 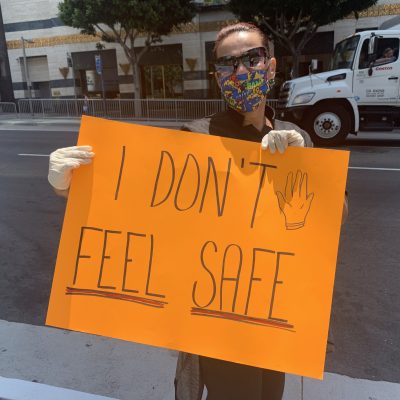 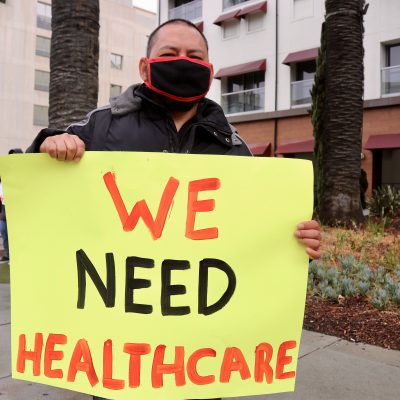 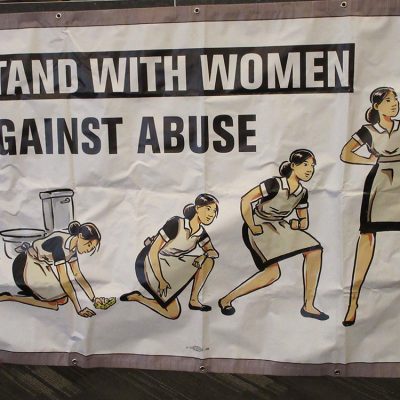 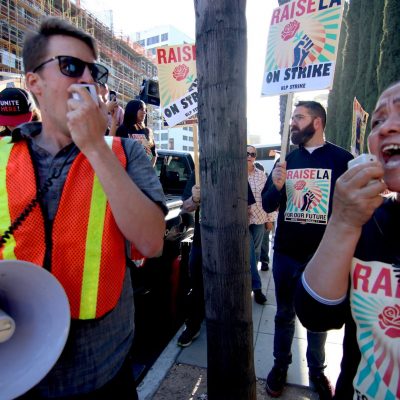