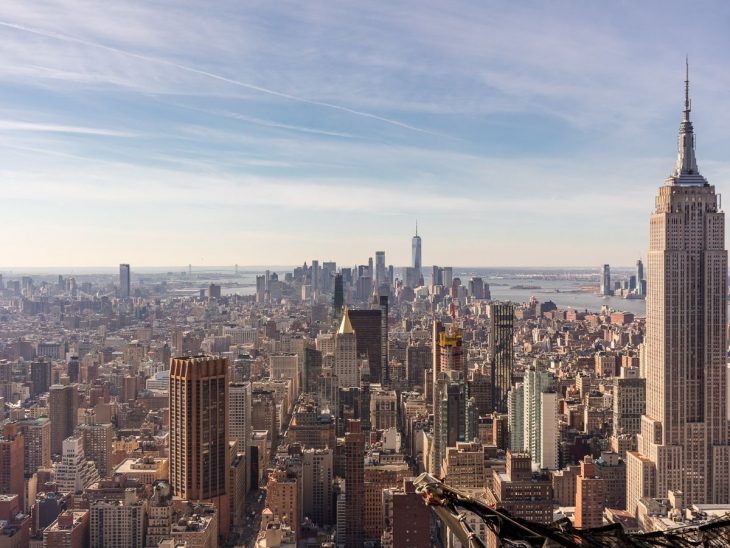 Solidarity will be out in full force in Queens as the Mets take on the Atlanta Braves for the inaugural Union Night at Citi Field, Sunday, Sept. 29 starting at 3:10 pm. We can think of 10 good reasons to catch the Mets on Union Night. Heck, we could think of 20!

But if you’ve got some time in the city, why limit yourself to a single game? If you want to celebrate the achievements of labor during a long weekend in New York City, there are as practically as many options as the city has people (OK, maybe not that many, but you take our point). From the union-staffed monuments and cultural offerings (Broadway? All union) to the subways which are union-built and union-run, organized labor has left its mark on the Big Apple.  If NYC is the city that never sleeps, then organized labor is the endless supplier of  caffeine.

If you don’t yet have your ticket to Union Night at Citi Field, remedy that omission here. And if you’ve got some more time to kill, here are a handful of suggestions to help you round out your weekend.

Ellis and Liberty Islands: Not a bad starting point, right? Between Lady Liberty and the Ellis Island National Museum of Immigration, you’ll get a fascinating introduction to the gateway to the American Dream, courtesy of the National Park Service.

Radio City Music Hall: Whether you’re taking in a concert or rocking with the Rockettes during the Yuletide, this famous venue will provide an experience you will not soon forget.

One Dine: Ya gotta eat, right? Dine finely up with the skyline as your backdrop at One Dine located in the One World Observatory. The One World experience located in New York’s tallest building is pretty other-worldly as well.

“Hamilton” at the Richard Rodgers Theatre: This one’s easy. Just stroll up to the box office – any time any day – and ask for a couple of good seats. They’ll hook you right up.  OK, so maybe it’s not quite that easy, but if you can’t score a seat to the cultural phenomenon by Lin-Manuel Miranda, there are a ton of other great offerings on and off Broadway. Let the union actors, musicians and stage technicians transport you to another world.

Central Park: Whether you have an hour to kill or an entire weekend to while away, the world famous home of the Central Park Zoo, Belvedere Castle and miles of hiking trails will keep you happily occupied.

The Subway: Wherever you’re going, at least once, be like the New Yorkers and go underground. The subway is the world’s most famous.